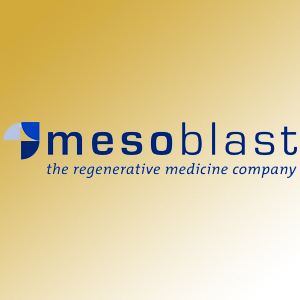 United States Patent and Trademark Office (USPTO) has granted a key patent to Mesoblast Limited (ASX:MSB) (USOTC:MBLTY) casing employment of the Company’s proprietary adult Mesenchymal Precursor Cells (MPCs) for the formation and repair of blood vessels in ischemic tissues. The announcement about the recent patent grant was made on Oct. 27th 2015. Mesoblast Limited is an Australian-based regenerative medicine company, which hunts for providing treatments for inflammatory ailments, cardiovascular disease and back pain. The company is headed by founder, Silviu Itescu, who founded the company in 2004.

US Patent No. 9,169,466 entitled ‘Perivascular Mesenchymal Precursor Cell Induced Blood Vessel Formation’ affords commercial rights in the United States up to 8th January 2025 in line with adjustments. Furthermore, auxiliary patent term extension might transpire along with regulatory exclusivity extensions. The granted claims envelop the use of the Company’s allogeneic or off-the-shelf MPCs acquired from any source in conditions including ischemic heart disease, stroke and peripheral arterial disease. Mesoblast’s allogeneic, ‘off-the-shelf’ cell product candidates are significantly suitable and targeted for diseases which are in very advanced stages along with highly unmet medical needs; the conditions include cardiovascular conditions, orthopedic disorders, immunologic/inflammatory disorders and oncology/hematology conditions. The company is developing a range of regenerative products derived from its proprietary mesenchymal lineage cells, which includes Mesenchymal Precursor Cells (MPCs) and Mesenchymal Stem Cells (MSCs).

Mesoblast enjoys the patent legacy as the company has also been previously granted patents in Europe (EP1613335) and Japan (2006-503990) originating from the same patent family thus benefiting from exclusive commercial rights in the two other major healthcare markets to a minimum of 29 March 2024. The company has more than 661 patents or patent applications across no less than 72 patent families, thus affording considerable spirited advantages for the commercial development of cellular therapeutic products based on mesenchymal lineage cells. The prior granted patents include US7514074, US7892829, US8158120, US8158121, US8852570, US8852571, US8852572, US8852573, US8852574 and US8852575. They deal with allogeneic culture-expanded Mesenchymal Stem Cell product candidates for cardiovascular diseases.

previous
Google’s new patent application covers technology for use in the field of Optogenetics
next
Grant of patents on lead microRNA therapeutic candidates to Regulus
+91 94416 93923
+91 96668 91976
contact@prometheusip.com
www.prometheusip.com