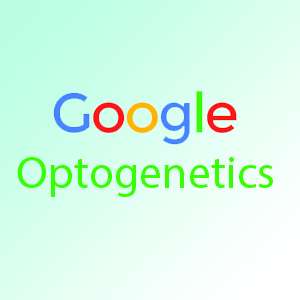 Google has filed a patent application with USPTO for microelectrode arrays that have applications in the field of Optogenetics. Optogenetics combines the use of optics and genetics to control and monitor well-defined events within living cells. It involves the use of light to stimulate light responsive proteins that are expressed in specific cells. Optogenetics was hailed as the “method of the year” across all fields of science and engineering by the research journal “Nature Methods” in the year 2010. It is widely employed in neuroscience research studies and is believed to have immense potential for gaining insights into many brain disorders. But the use of Optogenetics as a potential treatment option for treating brain disorders has drawn flak from many ends mainly because of the need for manipulation of genome.

The microelectrode arrays disclosed in the patent application are directly implantable in the brain for Electrocorticography (ECoG) procedures. Electrocorticography is an invasive procedure for electrophysiological monitoring of brain activity. In this procedure, electrodes are directly implanted on the surface of the brain after surgical removal of a portion of the skull. It is mainly used for identifying and removing epileptogenic zones in the brain of epilepsy patients for whom other treatments are not successful.

Google’s new microelectrode array comprises of a thin, transparent substrate with a plurality of electrodes integrated with an optical stimulation unit. The optical stimulation unit having multiple electrical light sources can stimulate brain cells that are engineered to express light sensitive proteins. The resultant electrical activity is measured by means of the electrodes present in the array. This product will be immensely useful in Optogenetic studies of brain eliminating the need for separately implanting and aligning an optical stimulation unit and an electrode grid. The electrical light sources can be spatially fixed and precisely positioned in relation to the electrodes as per customized needs. The array has an insulated sensor side that comes in contact with the brain of the subject to prevent electrical injury to the brain. The control and regulation of the microelectrode array is carried out through an electronic unit that is placed outside in a wireless or wired manner.

The microelectrode array has prospective applications in brain mapping studies, analysis of epileptogenic zones and also in research studies on brain-machine interface.

The patent application titled, “Microelectrode array for an electrocorticogram” was published on Oct 15, 2015 (Publication No: US2015/0289778A1) by the USPTO. It is a national stage application of an international application filed with the PCT authority (PCT/US2013/072638 filed on Oct 29, 2013). The US application claims priority to an application filed in Germany with a priority date of Oct 30, 2012. Google figures as an applicant only in the US family member of the patent application. Other family member applications filed with Germany, PCT authority and EPO have Leibniz-Institut für Neurobiologie Magdeburg and Otto-Von-Guericke-Universität Magdeburg as applicants. The above identified institutes are mentioned only as assignees in the US patent application. At this stage the details of the agreement between Google and these institutes are not very clear but there could be no doubt that the lucrative commercial potential of the microelectrode array in US markets was recognized by Google leading to its acquisition.

previous
Patents for Academic and Research Institutes
next
An USPTO patent granted to Mesoblast Limited for the treatment of heart diseases, stroke and other vascular conditions
+91 94416 93923
+91 96668 91976
contact@prometheusip.com
www.prometheusip.com