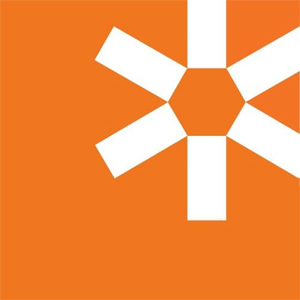 What are actually microRNAs and their importance?
A micro RNA is a small non-coding RNA molecule (containing about 22 nucleotides) found in plants, animals, and some viruses, which functions in RNA silencing and post-transcriptional regulation of gene expression and that do not encode proteins. The discovery of microRNAs in humans in the last decade is considered as one of the most exhilarating scientific burst through in recent history. The first miRNA was discovered in 1993 by Victor Ambros, Rosalind Lee and Rhonda Feinbaum during a study of the lin-4 gene, which was known to control the timing of C. elegans larval development by repressing the lin-14 gene. Since the last decade, more than 800 microRNAs have been identified in the human genome, and it’s believed that more than two-thirds of all human genes are regulated by microRNAs. It is astonishing to note that a single microRNA can regulate entire networks of genes and hence these molecules are deemed as master regulators of the human genome. Many disease states like cancer, fibrosis, metabolic diseases, immune-inflammatory diseases and HCV significantly alter or dysregulate microRNA expression or function. The first human disease known to be associated with miRNA deregulation was chronic lymphocytic leukemia. A manually curated, publicly available database, miR2Disease, documents identified relationships between miRNA dysregulation and human disease. In terms of therapeutic approach, targeting microRNAs with anti-miRs, which are chemically modified, single-stranded oligonucleotides is considered as a unique approach to treat diseases. The underlying mechanism modulates entire biological pathways. This technology has paved way for development of new and major class of drugs with broad therapeutic application.

About Regulus Therapeutics Inc.
Regulus Therapeutics Inc. is a biopharmaceutical company, which deals with discovery and development of innovative medicines targeting microRNAs. Regulus has influenced its oligonucleotide drug discovery and development proficiency for the development of a proportionate microRNA therapeutics pipeline in association with microMarkersSM biomarkers platform. Along with RG-101 and RG-102, the company is developing RG-125, a GalNAc-conjugated anti-miR targeting microRNA-103/107 for the treatment of NASH in patients with type 2 diabetes/pre-diabetes and has been selected for clinical development. Regulus has also developed strategic alliances with AstraZeneca and Sanofi and research collaboration with Biogen with focus on microRNA biomarkers. Furthermore the company is progressing with numerous clinical developmental programs with emphasis on orphan disease indications, oncology and fibrosis.

Counting feathers of success in the field of patent
The company considers that it has a principal intellectual property position and substantial know-how related to the development and commercialization of microRNA therapeutics which are spread over an extensive range of therapeutic areas. Until date, Regulus has an assortment of over 250 patents and patent applications world-wide, especially with respect to protecting the company’s clinical candidates, therapeutic modulation of microRNAs with anti-miRs or mimics, and platform technologies. Furthermore, the company has admittance to approximately 850 patents and patent applications related to RNA technologies, including patents and patent applications relating to chemical modification of oligonucleotides that are constructive for the expansion of microRNA therapeutics.

Thank-you statement by President and CEO of Regulus
Paul Grint, MD., President and CEO of Regulus states “We are pleased with the USPTO’s decision to issue these patents related to our lead therapeutic candidates, RG-101 and RG-012, further demonstrating our leadership in the microRNA field,” and “We believe that Regulus’ broad intellectual property estate, including the granted patents announced today, will protect the innovative medicines we hope to bring to patients in need.”

previous
An USPTO patent granted to Mesoblast Limited for the treatment of heart diseases, stroke and other vascular conditions
next
Rubicon Genomics – a world leader in analysis kits
+91 94416 93923
+91 96668 91976
contact@prometheusip.com
www.prometheusip.com