What are well-known Trademarks ? 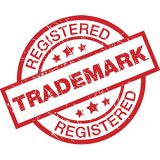 To know what a well-known trademarks is, first we need to have a clear picture of what exactly a trademark means. In a general context, trademark means a mark used by a business to identify itself and which helps in distinguishing products and services of an individual from those of others, thereby removing any kind of confusion in the minds of the public regarding the source of the services or products. Now let’s see what is the legal definition given by the Trade Marks Act, 1999 to word trademark, Section 2 (1) (ZB) lays down that “trademark means a mark capable of being represented graphically and which is capable of distinguishing the goods or services of one person from those of others and may include the shape of goods, their packaging, and combination of colors”.

In the modern era with the industrial revolution and the development of living conditions, there has been a tremendous increase in trade and commerce. With the supply of good quality of goods and services under the trademarks by their owners to the public, some of the trademarks have become well-known and highly reputed in the trade fraternity and in the public.

A well-known trademark in a general context means a mark that is widely known to the relevant section of the public and which enjoys a high reputation. The term relevant section means the consumers, manufacturing operations, and the persons involved in the selling of the goods and services bearing such trademarks.

The resolution lays down the criteria to determine a trademark to be a well-known trademark, which are the degree of the reputation of the mark, the period and geographical extent of its use, the extent of publicity associated with the mark, the number of registrations worldwide, and the instance of its successful enforcement. The provisions relating to the protection of the well-known trademarks were first introduced by Article 6bis of the Paris Convention.

Article 6bis lays down that the countries of the Union undertake, ex officio if their legislation so permits or at the request of an interested party, to refuse or cancel the registration or prohibit the use of any mark which is similar or mere reproduction or imitation of a mark which is recognized as a well-known trademark in that country as being already the mark of a person entitled to the benefits of this Convention and used for identical or similar goods.

The provisions will also apply when the essential part of a well-known trademark is reproduced or imitated which is liable to create confusion.The provisions of Article 6bis of the Paris Convention have been incorporated in the TRIPS Agreement under Articles 16.2 and 16.3. Article 16.2 and 16.3 lays down as follows:

16.2- Article 6bis of the Paris Convention (1967) shall apply, mutatis mutandis, to services. In determining whether a trademark is well-known, Members shall take account of the knowledge of the trademark in the relevant sector of the public, including knowledge in the Member concerned which has been obtained as a result of the promotion of the trademark.

Do Check out our recent blog on Trademark – https://prometheusip.com/trademarks/reasons-to-register-trademark/

Write to us at –  https://www.linkedin.com/company/prometheus-patent-services-pvt-ltd?originalSubdomain=in

Ms. Sahithya Siri is a well-qualified Legal Associate with a broad experience in Intellectual Property field. Being a graduate of Bachelors of Law, Sahithya Siri has enrolled in the Bar Council of Telangana. She possesses exceptional multi-tasking and good communication skills along with high efficiency. She is a highly organized professional with a solid knowledge of Trademark prosecution and litigation. Her practice majorly focuses on preparing drafts and responding to Trademark Office actions irrespective of any industry.