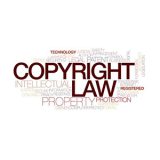 Performer’s Protection Under Copyright Law – Who would you call a performer? This question could simply be answered by saying a person who entertains an audience. Now to be more specific what would performance mean under the Indian Copyright Act, 1957?  The definition of performance is given in the Act. Section 2 (q) states “performance, in relation to performer’s right, means any visual or acoustic presentation made live by one or more performers”.

This could mean a juggler jugging the balls is a performer. We see an abundance of talent and creativity on a public platform. Hence such a performer is entitled to performance rights. There arises a need for performances to be protected under “Protection Under Copyright Law”. The Copyright Act has made provisions for the protection of performers’ work.

Prior to the amendment of the Copyright Act 1994, there was no Protection Under Copyright Law for the performers. The performers were considered vagrants by law. With the progressive generation, many people have started associating with the creativity of various performers.

Protection Under Copyright Law gives exclusive rights to the creator of the work. These exclusive rights can now be claimed by the performers with the amendment of the Copyright Act 1994. The major amendment of the Act was under section 38 which states “Where any performer appears or engages in any performance, he shall have a special right to be known as the “performer’s right” in relation to such performance”.

For instance, a singer singing a song, a lyricist writing the song, and the composer setting a tune for the song will be entitled to performers’ rights under the Copyright Act. Such an act involves creativity from the performers.

As to protect them they are also entitled to stop someone from recording and selling their work. So when you go for a music show and you plan to record the whole show you can only see it privately but not share it which would be in violation of the performer’s right.

The performances of actors, singers, dancers, and musicians have an intrinsic part in the process of creation. For the protection of performers from commercial exploitation, the first international recognition came from the adoption of neighboring rights. This was recognized in the Rome convention in 1961. This treaty gave performers in audiovisual works such as feature films, videos, and television dramas rights against any unauthorized recordings.

However, in performances of sound recordings, once performers had consented to the initial recording of their performance they were given no rights over its use. Initially, as per 1994, the Copyright Act had fixed these rights for a period of 25 years from the beginning of the calendar year next following the year in which performance was made.

Section 38 of the Act

makes it clear that where any person records (visual or sound) without the consent of the owner. Such a person is infringing on the rights of the owner. There are certain exceptions when the performances can be recorded. Such an exception will not lead to infringement. One of the exceptions is when the person is using such a recording for teaching or research purpose.

Copyright protects the expression and not the idea. For instance, I have an idea of making a song and that song can only have protection when it is made and performed. Now it would be right to say that the expression of the idea needs to be set in a tangible form.

Ms. Shravanthi Kumar, a Legal Associate, is an experienced advocate with knowledge of worldwide trademark laws and procedures. With an educational background of Bachelors of Law, she has also been enrolled in the Bar Council of Telangana. She has a track record of successfully advocating and achieving favorable results. She manages all aspects of prosecution and litigation in wide variety of industries. She truly enjoys practicing the IP law.