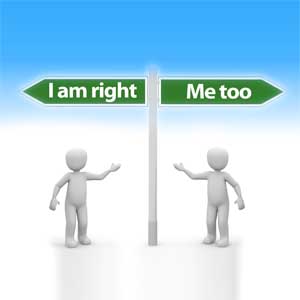 We are pleased to share an article on the prevailing Bt cotton patent dispute between Monsanto and Nuziveedu jointly authored by Mr. Bhagirath Choudhary, the founder-director of the South Asia Biotechnology Centre (SABC), New Delhi, and Dr. Usharani that was originally published in the renowned IP blog SpicyIP. Please check our previous article for a background on the dispute. This article is in response to a post by the National Seed Association of India (NSAI) on the Delhi High Court Judgement regarding this dispute. It is to be noted that NSAI’s president is Mr. Prabhakar Rao of Nuziveedu Seeds.

The post by NSAI on a patent dispute between two private parties, Nuziveedu vs. Monsanto, defies the logic and reasoning of patenting biotech innovations under the Indian Patents (Amendment) Act 2005 and the protection of seeds and plant varieties under the Protection of Plant Varieties and Farmers’ Rights Act 2001. NSAI’s sloppy post also favors the views and position of one party and openly flouts the rights of other members who may not prescribe such lopsided position, which is contrary to the spirit of innovation and intellectual property rights (IPRs) in the agriculture sector.

In summary, the NSAI’s position on the impugned patent is self-contradictory, disregards 420+ similar biotech patents filed/granted to scientists from both public and private sector institutions, and raises emotional and nationalist perspective by twisting and churning of different laws to benefit one party against imminent national loss. In the following paras, we put together our brains over what is the subject matter of Monsanto’s patent, provisions under PPVFRA 2001 & IPA 2005, and the dispute, in this case:

Claims 25 to 27 have the preamble “nucleic acid sequence”

defining a biotechnological product and the body of the independent claim 25 “a promoter operably linked to a first polynucleotide sequence encoding a plastid transit peptide, which is linked in-frame to a second polynucleotide sequence encoding a Cry2Ab Bacillus thuringiensis 8-endotoxin protein, wherein expression of the said nucleic acid sequence by a plant cell produces a fusion protein comprising an amino-terminal plastid transit peptide covalently linked to said 5-endotoxin protein, and wherein said fusion protein functions to localize said 5-endotoxin protein to a subcellular organelle or compartment”

Clearly establishes that the biotechnological product is man-made where the Cry2Ab gene from a microorganism conferring the insecticidal trait is engineered to be expressed in a suitable system. Thus the man-made nucleic acid or gene sequences do not exist in nature, cannot be considered a part of the plant, and are novel biotech products.

categorizing them as process claims with a primary purpose of producing transgenic plants. The body of the claim “incorporating into its genome a nucleic acid sequence comprising a plant functional promoter sequence operably linked to a first polynucleotide sequence encoding a plastid transit peptide, which is linked in-frame to a second polynucleotide sequence encoding a Cry2Ab Bacillus thuringiensis 5-endotoxin protein, wherein said plastid transit peptide functions to localize said 5-endotoxin protein to a subcellular organelle or compartment” discloses the method of incorporating the above-identified biotechnological products into a plant genome under lab conditions.

The transformants were then selected and regenerated to obtain stable transgenic seeds and transgenic plants with the insecticidal Bt trait. Thus, this process of integrating novel gene sequences into the plant genome with substantial human intervention is not an “Essential Biological Process”.

. Here both novel products and processes are protected as a patent by the inventor (Monsanto in this case) under the IPA 2005, and the resultant desired cotton variety with novel gene sequences is protected by the owner of variety (sub-licensee Nuziveedu in this case) under the PPVFRA 2001. Both PPVFRA 2001 and IPA 2005 clearly demarcate what is patentable under IPA 2005 and what can be protected under PPVFRA 2001, and any other interpretation is erroneous and misleading.

Since the novel gene sequences are non-specific to an organism/species/kingdom, the same gene sequences can be moved into any other plant species, microbes or other suitable organisms and are certainly not a part of the plant. This is also why Monsanto and other inventors of similar novel gene sequences (so far around 420+ patent applications for such novel gene sequences and/or processes have been either filed/granted by IPA 2005) can’t protect their inventions under the PPVFRA 2001.

protects a specific plant variety or a specific hybrid and its parents which fulfills the magic criteria of DUS – Distinctness, Uniformity & Stability. Any variety that conforms to the DUS criterion with or without novel gene sequences, can be protected under the PPVFRA. In comparison, patents are granted to novel biotech innovations that essentially conform to the magic criteria of Novelty, Inventive Step, and Industrial Application.

Therefore, neither IPA 2005 requires a variety or a seed or a crop for the patent claims other than indicating its industrial application nor the PPVFRA requires novel gene sequences for protecting a plant variety or hybrid and its parents. Thus both IPA 2005 and PPVFRA 2001 are complementary and shall co-exist to foster biotech innovations on one hand, and improved plant varieties on the other hand for the benefits of innovators, breeders, and farmers.

Regarding the provisions for the claim of exclusive rights under section 28 of the PPVFRA, the breeder of the protected variety or a hybrid and its parent enjoys the protection under PPVFRA to produce, to license, to sell, to market, to distribute, to import, and to export the protected variety. If gene patents are revoked as in Monsanto’s case, the patent holder of novel gene sequences could enjoy all these benefits only when they move such patent in the form of seeds, and shall be denied benefits of production of pure protein through any other form such as microbes and other methods, which are not protected under PPVFRA.

Therefore, denying patent on novel gene sequences will limit the industrial application of such biotech innovations to seeds only, and inhibits their other industrial applications. Similarly, the PPVFRA doesn’t have any provision for a claim of benefit sharing of patented gene sequences under section 26, and is limited to access, extent, nature, and use of genetic resources in developing new variety or essentially derived variety (EDV). Therefore, any argument by NSAI on claims of registration under section 15, claims for benefits sharing under section 26, and claims for exclusive rights under section 28 on patented gene sequences under PPVFRA is a misleading farce, and deceptive.

In a nutshell, the following key points raised by NSAI are self-contradictory and are a smear campaign to confuse and convolute the issue on the disputed patent including:

The points that we as a concerned society need to deliberate are:

Finally, it is a very welcome relief to see that NSAI has conceded that “They (Monsanto) can have a patent on gene or gene sequences that have been synthesized in the laboratory and under patents act, they have the right to prevent anyone else from producing such transgenic seeds in a laboratory and selling the same”.

Comment below your queries about – Patenting of Biotech Innovation.

Link for the Article – NSAI’s Lopsided Take on Patenting of Biotech Innovation in Agriculture: https://spicyip.com/2018/05/nsais-lopsided-take-on-patenting-of-biotech-innovation-in-agriculture.html