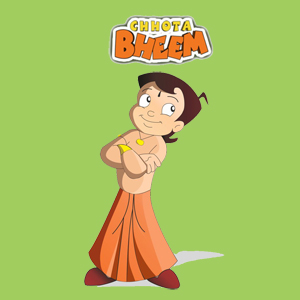 Cartoons have always been an inspiration for kids. In India, one among the the most watched cartoon series is Chota Bheem, which is used on most of the products used by kids. Chota Bheem has been developed by GreenGold Animations Pvt Ltd. The other characters developed by GreenGold are Mighty Raju, Arjun, Luv Khush, Chorr Police, Krishna and Krishna Balram. The popularity of the characters has made the company successful which made itself establish as a leading player in licensing and merchandising.

GreenGold has been successful for its Intellectual Properties of its characters. In order to avoid various hustles over copyright infringement, GreenGold has itself successfully licensed “Chotta Bheem” for various products like energy drinks, ceiling fans, school bags, home decor, raincoats, umbrellas, sticker products, comic books in Hindi, Assamese, Bengali & Malayalam, Board Games & Puzzles, Confectionery items, Birthday Packs and Novelties, with many more categories. It has also been successful over promotional licensing with large brands like pepsodent, Knorr, Del Monte.

The concept of cartoon character merchandising has originated in 1930’s from the emergence of Walt Disney cartoon characters like Mickey mouse, Minnie mouse and Donald Duck. According to the reports, one of the employees, Kay Kamen, set up a separate department of commercial exploitation of these cartoon characters on buttons, posters, badges etc.

A best example of copyright infringement is the legal threat to pastry shops in Croatia. The most memorable day of the year for every child is their Birthday which they celebrate with their favorite cartoon character cake. However, this tradition of using character cakes is defunct in Croatia. The pastry shops in Croatia have been targeted over Copyright infringement for baking children’s birthday cakes with popular cartoon character themes.

Instead of many people interested in buying character cakes, all the pastry shops have been sent legal threats with a fine ranging from $300 to $1,000 and are endorsed to stop baking these infringing cakes.

The orders have been made by a law firm hired by a company named Fun cake Factory which is a partner of Finsbury Food Group, having exclusive rights to sell cakes with Disney characters. Furthermore, they also used the rights to use Nickelodeon, Astley Baker Davies and Universal Studios characters.

So far, there are no reports of damage claims but if these pastry shops continue to bake infringing cakes, they could eventually face a copyright infringement lawsuit.

Despite of how big or small a creation is, it is necessary to protect it in order to give exclusive rights to the creator and also preventing others from using it.

previous
A patent by Ford on how a car’s rear wheel can convert into an electric unicycle
next
International conventions: a step towards IPR fortification
+91 94416 93923
+91 96668 91976
contact@prometheusip.com
www.prometheusip.com