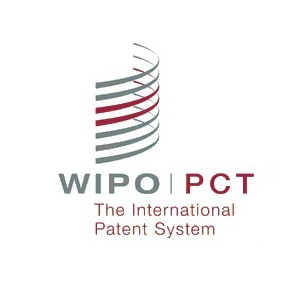 The basis to the current IP protection lies in the international conventions. The industrial revolution (1760 to around 1840) paved the way for new methodologies and ideas in the industrial sector. This lead to plethora of inventions especially in the field of science and technology. This prompted the need to protect the inventions across the countries. But, the issues involving documentation and synchronisation of local laws were soon required to be addressed. Few countries especially from the west took the initiative thus leading to various meetings which took the form of conventions.

Some of the major conventions are as follows:

All these conventions have had tremendous contribution to the growth and improvisation of Intellectual Property Rights (IPR) across all sectors.

The growing number of applicants and increasing awareness with respect to inventions there was a need to streamline the procedure involved. The step by step procedures were different in each of the countries thus complicating the patent grant procedure right from the filing stage.

Seeking patent protection in each and every country of consent involved complexities of Language and boundaries. Apart from administrative hitch it also involved huge expenditure.

The preliminary criterion for the membership is that the country wanting to be a member of the PCT should first be the member of a contracting state of Paris convention treaty.

The procedure involved in PCT is also referred to as the International Procedure. The procedure may be broadly divided into four stages:

The application stage involves filing the requisite information at the receiving office which is actually the National Patent Office. The language specified in the PCT regulations can only be used for framing the contract. The copies of the application are submitted in two – one to International bureau and the other to competent International Search Authority. At any point of time the document may be communicated to the competent office or to the applicant or vice versa. After 18 months from the date of priority the international patent application is published.

Post the international search and the preliminary examination, the international application the reports are sent to the designated country/ countries of the applicant followed by the prescribed fee. The patent is granted on National basis. The application enters the national phase in the 31st month from the date of priority in most of the countries.

PCT ensures that an applicant initially files only a single application and designates any number of countries which are the signatories of PCT. Earlier each of the application had to be separately catered for in each and every country where the applicant wished to apply.

The PCT as a pact has contributed in accelerating access by the public thus leading to the progress of technical and scientific innovations at large and also contributing tremendously to the economy.