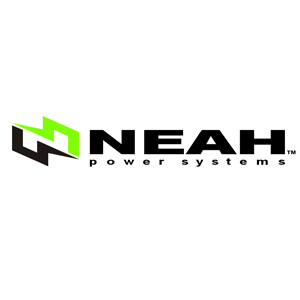 Two additional patents US 9,184,463 (Ohlsen et al) and US 9,112,215 (Cross et al) have been awarded to Neah Power Systems, Inc. by USPTO. It’s a proud moment for the company which is a budding leader in the field of fuel cell-based power solutions and rechargeable lithium battery storage solutions for various arenas of defense, commercial, and consumer applications. In general, the granted patents relate to the one and only, non-air, methanol PowerChip® Fuel cell technology that has many customers including the DRDO, Government of India. The granted patents are related to the insitu regeneration of the oxidant employed in the fuel cell which increases the energy density of the system, thus enabling design and working of a smaller, more compact, and lighter fuel cell. The granted patents in association with the already existing Company Patent portfolio is considered to be imperative for the ground breaking success of the company. Also, the granted additional patents hold particular significance to the recently signed memorandum of understanding (MOU) with a great South African based unit and the licensing agreement with the Government of India.

The US 9,112,215 patent also entitled ‘Nitric acid regeneration fuel cell systems’ discloses methods and systems for regenerating a fuel cell. The inventors of the patent are Tsali Cross, Derek Reiman  and Corina Margineanu. The system comprises of sparging a catholyte liquid with a gaseous oxygen-containing flow stream. Furthermore, the gaseous byproducts in the catholyte can be collected and further converted to liquid forms for the purpose of easy disposal. In some embodiments, the regeneration process comprises intermittently regenerating an oxidant flow stream, like, based on detected conditions. In some embodiments, the regeneration process comprises switching between different modes of oxidant regeneration, for example, based on detected conditions.

Neah Power is determined to establish relations worldwide and grow global opportunities through its strategically development of unique and disruptive new technologies including the Military, First Responders, Logistics and Consumer Electronic and Mobile markets.