A Picture speaks a thousand words, but Logos do something more, they define the firm better than anything. It is a symbol created for the purpose of identification. These are simple to look at but have a deep hidden meaning in them. These Logos need a lot of creativity and imagination to design them.

As mentioned, Logos should be creative and unique but how unique is what we will be discussing in this article. A Logo should be designed such that a person could associate it with a particular color or shape or a design. Hence, these 3; Color, Font and Shape play a major role in designing a Logo.

Firstly, it’s the Color, which plays one of the important roles in Logo designing but it is usually misunderstood by people. Each color has a specific meaning. Choosing the right color helps you design the perfect Logo of your Brand.  Different colors have different meanings. The picture helps you in knowing the definitions for different colors.

It has been known that 93% of purchases are made on visual perceptions and 84.5% of people consider color as the main reason for choosing any particular product. The best way to get recognized is to select one color. Just, One Color

Next are the Font and the Shape of Logos- A distinguishing shape is always remembered even after a long time of viewing it. The distinctive shaped logos like Audi, Nike, McDonalds or KFC can be remembered by anyone across the world. Sometimes, people tend to get confused between Logotype and Logomark.

Fundamentally, Logotype is nothing but the Font which stands for the words or the name of the business designed in a customized way, whereas Logomark is a symbol which represents the business but does not include the business name. The difficult part here for any individual is deciding on what to choose- Logotype or Logomark. This totally depends on how an individual wants to use it for their business. However, choosing a Logomark would add an outstanding recognition for your brand. Sometimes, budget becomes a significant cost, for such, one could start a business simple and design a Logo once the business grows.

The main criterion for designing Logo is recognition. Here are some of the logos which are very creative explaining either the nature of business or that gives a visual representation of the name.

The Apple Logo clearly represents the name of the company. Even though the original logo for Apple featured an image of Sir Issac Newton, the only reason that the fruit was picked as logo was that Steve Jobs likes the sound of it- APPLE. There were other Myths that the bite mark represents the apple of knowledge from the Garden of Eden but the bite mark was given for the logo scale so people might not confuse it for a cherry.

The Micromax Logo has been creatively designed which includes its first two letters “M” & “I” in the form of a fist- popularly known as ‘Micromax Punch”. The PUNCH not only represents the first two letters but also speaks about the aggression in the company.

The word “Cisco” is an abbreviation of San Francisco. The Logo consists of 9 lines of varied heights which represent both- the electromagnetic wave and the Golden Gate Bridge, San Jose- a best way showing the company’s origin.

The Logo of Baskin Robins beautifully represents the 31 flavors offered by the company. The number 31 is perfectly located in pink between the words “Baskin” and “Robins”. 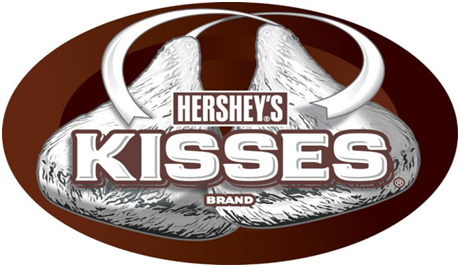 Hershey’s Kisses- a favorite of everyone, irrespective of any age. The logo is so beautifully designed with a Hershey’s Kiss between “K” and “I”. Tilting your head to your left for finding the Kiss wouldn’t be a pain.

FedEx, similar to the Hershey’s Kisses logo, has been very creatively designed with an arrow between “E” and “X”. The logo designer, Lindon Leader, mentioned that the hidden arrow represents forward direction, speed and precision of the company’s service. 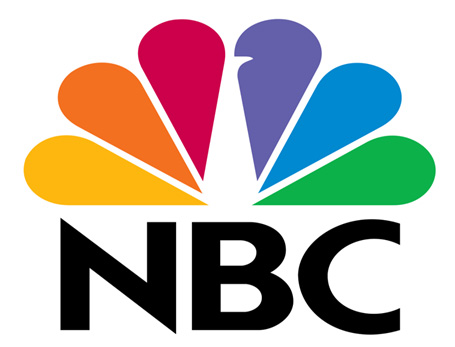 The NBC logo with a peacock and 5 different colored feathers represent each division of NBC and also the peacock looks towards right, which is associated with looking ahead in their business.

Merck & Co, a 125 years old pharmaceutical company, logo is made of a capsule and two pills. Now finding those two pills and the capsule is left to you…!

As seen above, Logos play a critical feature in business. They are considered as the “Face” of the company. Logos can be identified at a glance and have enormous marketing power. The best way to protect the logos from being used by others is to Trademark it. Trademark helps in different ways,

Hence, choosing the right logo helps in identifying your business and also you will have a legal evidence of ownership of the mark.

previous
General Motors gets Indian patent related to powertrain technology
next
Freaky patents: not for the soft-hearted
+91 94416 93923
+91 96668 91976
contact@prometheusip.com
www.prometheusip.com