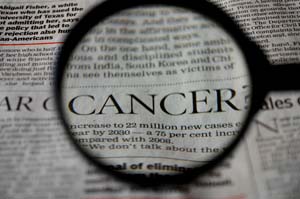 The Cancer Immunotherapy Pilot Program is a one year program that was implemented on June 29, 2016 by the USPTO for accelerated examination of patent applications directed to cancer immunotherapy. This pilot program is an offshoot of the “National Moonshot Initiative” launched by the US President Barack Obama on Jan 12, 2016 for fighting cancer. The objective of this program is to complete examination of eligible patent applications within a year of being granted a special status under this program.

Interested patent applicants can file a Petition to make special under 37 CFR 1.102 (d) to advance their patent applications out of turn for examination, if their application meets the eligibility criteria outlined below. The regular petition fee is waived under this particular program.

Cancer immunotherapies aim to enhance the body’s inherent immunity or to provide immunity from outside for fighting cancer. Monoclonal antibodies, cancer vaccines, immune checkpoint inhibitors, oncolytic viruses, T-cells and non-specific immune components such as interleukins, interferons etc. are some of the immune components used in the therapy. Under this program, patent applications in the field of Oncology are eligible and must have “at least one claim encompassing a method of ameliorating, treating, or preventing a malignancy in a human subject wherein the steps of the method assist or boost the immune system in eradicating cancerous cells”. The methods can involve administration of cells, antibodies, proteins or nucleic acids to invoke an immune response against cancer. Methods involving co-administration of biological adjuvants such as interleukins, cytokines etc. along with conventional cancer treatment methods (chemotherapy, radiotherapy or surgery) are also eligible under this program if they act against cancer by modulating the immune system. The program covers in vivo, ex vivo and adoptive immunotherapies including those that employ autologous and/or heterologous cells or immortalized cell lines.

Other important eligibility requirements under this program are that:

A patent application that meets the above requirements and is a subject of an active Investigational New Drug (IND) application at the FDA that has entered phase II or phase III clinical trials can also be pursued under this program. The pilot program does not impose any restrictions based on the nationality of the applicant or the agent, the place where the technology was developed or the place where the invention will be manufactured.