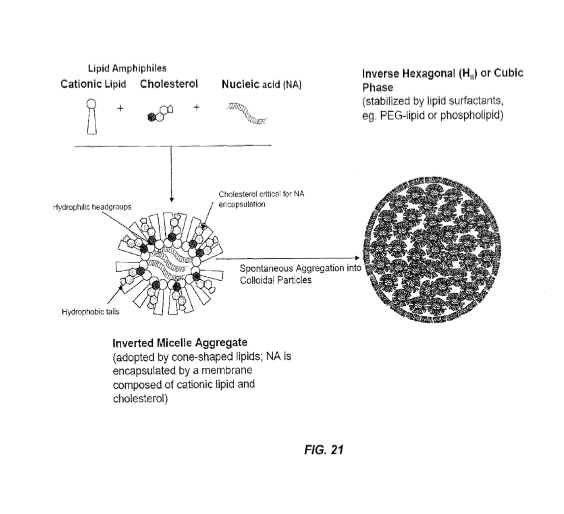 The invention further discloses methods for making the SNALP and methods for administering the SNALP. SNALP can be prepared by a continuous mixing process, a direct dilution process or an in-line dilution process. The route for administration of SNALP may be oral, intranasal, intravenous, intraperitoneal, intramuscular, intra-articular, intralesional, intratracheal, subcutaneous or intradermal. The SNALP can deliver the active agents including nucleic acids under both in vitro and in vivo conditions.

The lipid nanoparticle technology disclosed herein can deliver nucleic acids to specific cells thereby silencing the gene of interest or modulating the expression of gene/protein of interest, while protecting the nucleic acids from enzymatic degradation and has applications in gene therapy for treating many diseases or disorders.