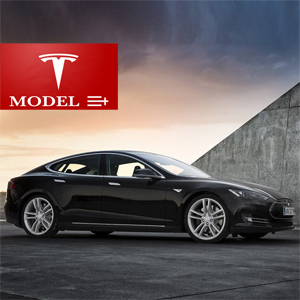 Tesla Motors is an American gigantic decade old automotive company that designs, manufactures, and sells luxury electric cars. According to the survey done by the American Nation in 2014, Tesla cars are the most appreciated vehicles of America. In the present world of electric cars, the Tesla competitors are BMW, Mercedes BENZ, Toyota, Nissan, GM and Volkswagen, even apple is said to build electric cars and release in 2019.

Prior to discussing about Tesla Motors, let us first know the prelude of the Electric cars. The first Electric car was built in 1899 which had a speed of 100KM/Hr. The early electric cars had carriages with electric motors.

The big Oil corporations got to know that one could earn fortune by selling gasoline, eventually the electric cars faded away from existence. The Big Oil feared that the demand for gasoline will fall dramatically. As nearly 78% of petroleum is used for transportation in the US, the oil companies opposed the electric cars when the latter were introduced into the market.

In 2003, Tesla Motors was found by Martin Eberhard and Marc Tarpenning. Later, the very next year, Elon Musk, an engineer, entrepreneur, inventor & investor invested heavily in the company and joined the Board of Directors. Elon’s vision was to create specially designed affordable vehicle. He got into the detail and oversaw the final product design of the car, naming it TESLA ROADSTER. This model could run about 200KM in a single charge and also received “Global Green Product design for 2006”. In 2007, Tesla Motors grew stronger and received investment from many eminent entrepreneurs like the co-founders of Google- Larry Page & Serge Brin.  Later, due to the global financial crisis forced Tesla to cut down work force by 10%.

During late 2008, Elon Musk became the CEO of Tesla Motors and he invested heavily around 70 million dollars. He believed in his vision of producing electric cars. In 2009, Tesla received US$465 million in interest-bearing loans from the US government in support of the engineering and product design of Model S sedan. By 2013, Tesla fully repaid to the US government. Even Ford and Nissan received similar loans from the US government but it was Tesla being the only company to repay the whole amount. On 26th March, 2009, Tesla released Model S sedan, a fully electric car and by August 2009, it had become the profitable company. In 2010, Tesla launched its initial public offering. It is the first American car manufacturing company to go public since Ford going public in 1956 and Tesla had a market value half that of Ford by 2014.

Tesla Motors is an amazingly successful car manufacturing company in the present world. Generally, Electric cars are considered to be bizarre in behavior, their batteries aren’t cheap; they take long time to recharge and very few charging stations. Further, Tesla set about in designing the most challenging prototype in all aspects. Comparatively,

Here are some of the super facts about the Tesla cars. As these cars need to be charged, the charging of these cars at any charging station if free. So you have a free long trip anywhere in the country of USA. Elon Musk has announced that so far there are 3,600 chargers worldwide and they would double the number by this yearend. As mentioned earlier, Tesla cars can run up to 200Km in single charge. These cars are extremely fast. They reach a speed of 0-60miles (or) 0-100km/hr in just 3.2 seconds, which means faster than McLaren Spider (fastest car in the world).

Elon Musk has publicly announced about the decision of Tesla to open up all of its patents, with a promise not to sue anyone for using them. As Tesla’s true competition is not the tiny flow of non-Tesla electric cars being produced, but it’s rather the enormous flood of gasoline cars streaming out of the factories in the world every day. Hence, Tesla gives out patents in order to make the world beneficial by making electric cars from a common, rapidly-evolving technology platform.

Tesla is one of the largest car manufacturers. They are worth more than Fiat, Mitsubishi, Suzuki, Renault and Mazda. Tesla has sold about 70,000 cars so far, which the General motors sells in 3 days. General Motors have with a market cap of $56 billion while Tesla has $31 billion which shows that Tesla is more valid in the eyes of the investors than any other traditional car company. It has about 10,000 employees working and has made revenue of about $3.2billion in 2014.

Tesla has blown up the traditional norms of gasoline cars and has broken into the market enormously.

TESLA is the FUTURE.