Prometheus brings you some freaky patents for the lazybones in continuation of our series on freaky patents. The following are our previous articles in the series:

Freaky patents: for the fashion freaks

Hands-free parenting?! Here you go!! The patent numbered US3552388 and titled “Baby patting machine” discloses a machine with a false padded arm for patting a baby to sleep.  In the same vein is another patent numbered US4872422 and titled “Scratching and petting device for household pets”. Check them out!! 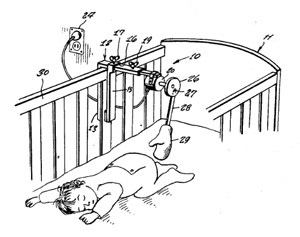 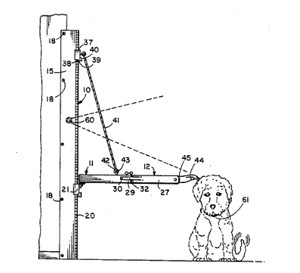 The patent numbered US3150831 and titled “Birthday cake candle extinguisher” discloses a device having a balloon and a needle enclosed in a toy figurine. Upon actuation, the needle punctures the inflated balloon and the air released from the balloon passes through a nozzle with sufficient force to extinguish the birthday cake candles. And the lazy birthday boys need not exert themselves to blow out the candles. How about that?! 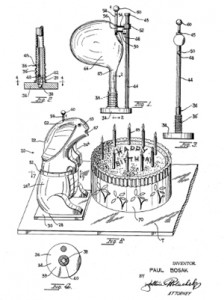 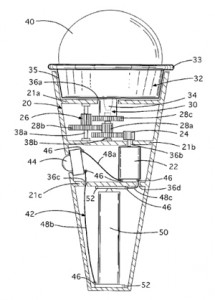 It is indeed a tough task to take bath with all the soaping, washing and drying involved!! And not to mention the wet towels to launder!! How good it will be to have an automated body washing!! Imagine being suspended by straps from an overhead rail, moved along a conveyor belt through a wetting station, a soaping station, a rinsing station and a drying station!!! This invention is disclosed by the patent US3483572 titled “Automated bathing facility”. Though it is primarily meant to bathe mentally incapacitated persons, it is freaky enough to be mentioned in our list. 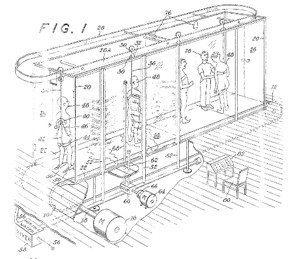 Is your partner too lazy to change the burnt out light bulb from the ceiling? Either change your partner or bring home this “Light bulb changing apparatus” for everlasting matrimonial bliss. The patent US6826983 discloses this rather complicated-looking apparatus for changing light bulbs without human intervention!!! 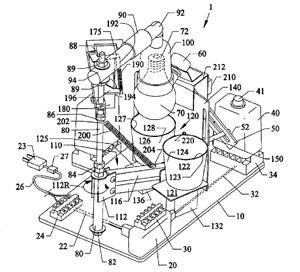 On a lazy Sunday mood?! Kick it up a notch by teaming your instant noodles with the automated revolving fork disclosed in the patent US2602996 titled “Revolving spaghetti fork”. You don’t need to strain yourself by moving your hand to wind the noodles up the fork. Just press your thumb onto a rotating member in the handle of the fork. The front part of the fork then revolves around winding the noodles up the fork just for you!!! 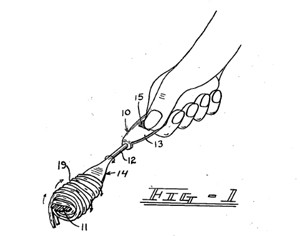 Having quirky ideas like the patented ideas that are given above?!?! Come to Prometheus to get them patented. One can never say which idea will be commercially successful

previous
TESLA: World of Electric Cars
next
BDR Pharma and Lee Pharma decide not to appeal against the rejection of their compulsory license applications
+91 94416 93923
+91 96668 91976
contact@prometheusip.com
www.prometheusip.com