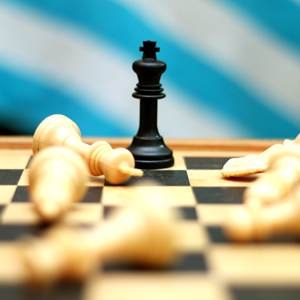 According to a recent Reuters report, two Indian generic drug manufacturers – BDR Pharma and Lee Pharma have decided to give up on pursuing their compulsory license applications  rejected by the Indian patent office “blaming a lack of government support for cheap generics and pressure from Big Pharma”.

BDR pharma had made an initial request with BMS for a voluntary license in Feb 2012 to which the patentee had replied in Mar 2012 raising certain valid queries on the ability of BDR Pharma to work the invention. BDR pharma did not reply to the patentee’s queries but assumed that it is “clearly indicative of the rejection of the application for voluntary license” and no further efforts were made to procure the voluntary license from the patentee. After delaying for almost a year, BDR pharma then went ahead with filing the compulsory license application in March 2013. In May 2013, the patent office issued a notice to BDR pharma stating that a prima facie case was not made out since DCGI approval was not obtained for working the invention and the efforts to obtain a voluntary license from the patentee were insufficient. After receiving the notice, BDR pharma replied to the patentee’s queries which was followed by further communications between BDR Pharma and the patentee. BDR pharma also submitted petitions under rule 137 (petition for condoning delay/irregularities in procedure) for taking these communications on record and requested for hearings which were held. But, the patent office, in its order dated 30 October 2013 rejected the petitions under rule 137 and concluded that the “applicant did not make efforts to obtain a license from the patentee on reasonable terms and conditions”. It further stated that BDR Pharma failed to make a prima facie case and hence the compulsory license application stands rejected.

With reference to Lee Pharma, a notice dated August 2015 was issued by the Patent office in response to its compulsory license application which states that prima facie it is shown that Lee Pharma has made efforts to obtain voluntary license from the patentee on mutually agreeable terms and that the efforts were not successful within a reasonable period. But the notice concludes that a prima facie case has not been made on any of the three grounds of Section 84(1) of the Patents Act, namely:-

“(a) that the reasonable requirements of the public with respect to the patented invention have      not been satisfied, or

(b) that the patented invention is not available to the public at a reasonably affordable price, or

(c) that the patented invention is not worked in the territory of India.”

A detailed discussion on the notice can be accessed here. Lee pharma requested a hearing under rule 97(1) in response to the notice and was given a hearing on Dec 2015. Subsequently, in an order dated 19 Jan 2016, the controller stated that the applicant failed to provide evidence and reiterated the conclusion of the aforementioned notice that a prima facie case has not been made on any of the three grounds and rejected the application.

Compulsory licenses are only a last resort, to be used when the patented invention fulfils any of the three grounds put forth in Section 84 (1) and when the efforts to procure a voluntary license under reasonable terms and conditions fail. The provisions for compulsory licensing in the Indian Patents Act, 1970 balances the interests of the patentee as well as the public as can be seen in the case of BDR pharma where without making an adequate effort for procuring a voluntary license from the patentee, the applicant simply resorted to applying for the compulsory license. But the application was rejected without prejudicing the patentee’s interests. But the decision of two mid-sized generic drug manufacturers to refrain from appealing against the rejection of compulsory license applications reflect the prevailing Intellectual Property atmosphere in India that is filled with mistrust and apprehensions over the Government’s impending new Intellectual Property policy.

previous
Freaky patents: For the lazy crazy
next
Speedy clearance of Indian patent applications on the horizon
+91 94416 93923
+91 96668 91976
contact@prometheusip.com
www.prometheusip.com