In my earlier article AI-Rational agent solving intelligence, I had mentioned about Elon Musk’s Open AI. Open AI – an Artificial Intelligence Research Company, from which Elon Musk has decided to exit over certain disagreements about company’s disagreements. Now, Elon Musk’s goal is to implant devices in paralyzed humans, allowing them to control phones or computers.

This Neuro technology Company, NEURALINK, head quartered in San Francisco, is a brain-computer interface and neuro prosthetics company started by Elon Musk in 2016. It aims to make devices that would treat serious brain disease and brain damage that is caused by a stroke in the short-term and, in the long-term, the company’s goal is to develop the technology for human enhancement.

It is said that two persons with these implants could communicate telepathically with each other. Whoa!! It sounds like something from a science fiction. It is exactly not known when this would be potential as trials on humans have not been made. They have experimented with rats and monkeys and have received impressive results like – a monkey was able to control the computer with its brain. 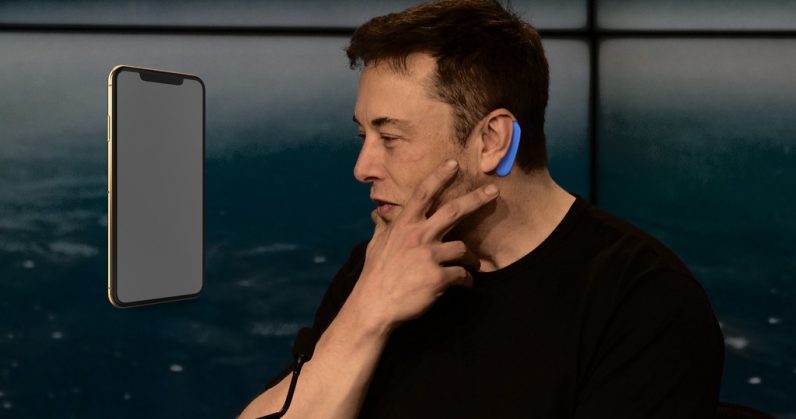 Neuralink – it is a small device with thousands of electrodes connected by thin threads.

The ability to hear, communicate or see when they are not able to is actually a beautiful idea and that’s what Neuralink is doing.

How does it exactly work?

At the cellular level, all our senses keep ticking along neural pathways from one neuron to another in a series of electrochemical spikes and neurons connect with each other through their various tendrils. These connect with each other over tiny gaps called synapses. And they communicate between these gaps by firing ion signals along with tiny amounts of electricity. These are called action potentials. 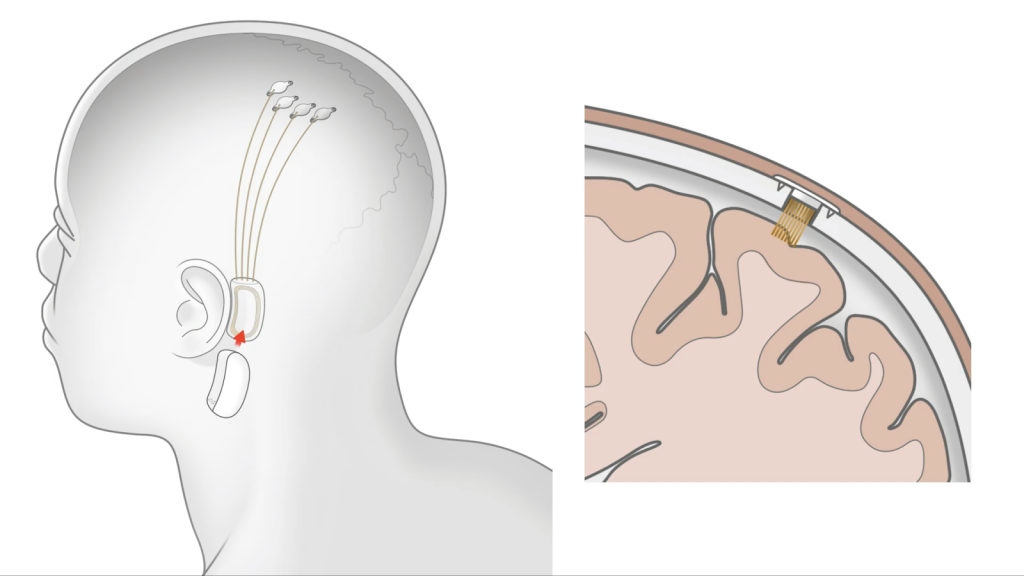 The first thing which Neuralink had to develop was the super-thin electrode, which they call it a ‘Thread’ and this thread is 10-40 microns wide with thousand electrodes per chip. This thread not only gives the ability to interact with an individual but also has an ability to go into the brain without puncturing any blood vessel. Of course, dealing with such small thing with a human hand is a lot too bulky and inaccurate. Hence, they developed a robot that could do this with pin point accuracy. This robot is does everything automated.

The process goes this way- The threads are fed into the processor, a tiny little chip which is called n1 sensor. This feeds down to an implant behind the ear which contains an inductive coil that helps to communicate with a wearable device which is called a LINK. This Link contains a battery and Bluetooth connection. So, if the wearable device is removed, the whole system shuts down and it gets disconnected.

This whole procedure is done by a few incisions and a tiny hole in the skull so that it is as minimal invasive as possible.

They, also, have a mobile application that connects the smartphone to the LINK which helps in training to move the cursor of the phone. And, that phone will be connected to the mouse of the computer so that one can control the computer with their mind.

The ultimate goal is to increase the “bandwidth” between humans and technology. Musk says that this type already exists in the form of smartphones – but it involves typing everything with your thumbs. Neuralink wants to skip over that step to create a harmony between brain and technology. This interface has been basically provided for the treatment or management of brain conditions by enabling oneself to communicate through computer by thinking. Further in Future, it might, also, allow the addition of extra languages or information.

But, how did Neuralink start?

Exploring the idea for an electronic brain chip in 2011, Pedram Mohseni (Bioengineer) and Rudolph J. Nudo (Brain Specialist), aimed at re-establishing damaged connections for treating traumatic brain injury. By 2013, they developed prototype that could help brain-damaged rats. That’s how “NeuraLink” had formed. But Mohseni and Nudo has difficulty in raising money. “The feeling among investors was reluctance to invest in invasive brain technology, unless there is a very strong proof of principle. The place where our startup was is that we had a name without a product.”

Nudo and Mohseni, who have been receiving funds from US Army and the Paralyzed Veterans of America, had keen interest on raising funds from investors to advance their idea until they sold the name NeuraLink to Musk. Further, Nudo has been thinking of new names for their company.

Nudo and Mohseni hold the following Patents for the brain implants:

Apart from NeuraLink, there are several other types of electronic brain implants which have ever reached the market.

The Technological Singularity of Brain Implants:

The Futurist, Ray Kurzweil, has predicted that in the near future, we shall have more powerful computers that would stimulate the Human brain. In 15-20 years, humans would complete the reverse-engineering of all regions of the Human Brain which will provide humans with the software and algorithmic methods to simulate all of the human brain’s capabilities including the emotional intelligence

Also, the computers would become far more powerful than the human brain. They would be able to impart human knowledge with a few keystrokes and in electronic speed.

Kurzweil, also, predicted the human-machine civilization which would result in Technological Singularity.