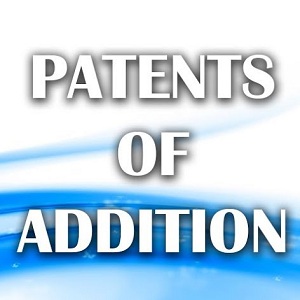 Once an innovation/invention is attained, there is always scope for improvements/modifications based on the industrial feedback or as a natural consequence of ingenuity to attain the technical edge, reduce time involved to obtain the end result thereby contributing to technological progress and resulting in improved monetizing and/or licensing prospects.

Patent of Addition traces its origin from Section 15A of the Indian Patents and Designs Act, 1911 that was introduced by the Indian Patents and Designs Act, (Act VII of 1930), and carried the same provision as in the U.K. Patents Act of 1907.This was modified later as a consequence of the recommendations put forth by the Lord Swan Committee (1948).

Later, the Ayyangar Committee report titled “Report on the revisions in the patent law” suggested addition of a clause to empower applications for a Patent of Addition, in line with Section 26 of the UK Patent Act, 1949. Per the Ayyangar Committee, the said clause was redrafted to imply that the subject of the application for the Patent of Addition must be in respect of some additional disclosure or subject matter over and above that of the main invention in the complete specification and this additional disclosure must be in the nature of an improvement in or modification of the main invention as disclosed or described and not merely as claimed.

PATENT OF ADDITION IN THE INDIAN CONTEXT:

Patent of Addition in India is governed by sections 54, 55 and 56 of the Indian Patent Act, 1970.A Patent of Addition facilitates the applicant to apply for an improvement or modifications made on the invention disclosed in the complete specification (Parent Patent Application). The improvement disclosed in the patent of addition should be more than a simple deduction of a plethora of permutations/combinations that do not encompass a technical improvement. In other words, it is something which cannot be worked out via simple or predictable changes in the variables governing the said invention.

The conditions for patentability regarding Patent of Addition include: The improvement or the combination must produce a new result, or a new article of manufacture or a better or cheaper article or improved process than before. The combination of old known variables may be so combined that by their working inter-relation they produce a new process or improved result.

Although, most countries have discontinued the practice of granting Patent of Addition some countries still permit it. Notable among them are USA, Australia, New Zealand, Greece, South Africa, Germany, Brazil, Pakistan, Bangladesh, Spain, and Israel.

However, there is a need to improve with respect to examination procedures employed. A Patent of Addition is beneficial to the Applicant to avoid invalidity due to lack of inventive step over a publication or use of the main invention and therefore encompasses a useful avenue when there is a need to protect apparatus, products or processes and their incremental improvements/variations in India. However, judicious contemplation is recommended prior to filing a Patent of Addition only in those cases where the technological improvement over the main application does not meet the requirements for an independent patent.