The concept of edge computing and block chain can be stresses in a world crammed with diverse applications and web services, it is highly essential to optimize their working. Co-ordination of information is highly essential for efficient rendition of services to make the human life easy and stress free. According to an analyst firm Gartner: “the usage of Internet of Things (IOT) will surpass the world population in the year 2020 for the first time”! Pertaining to this, it was soon realized that there was a need to deal with collaborative applications requiring minimal latency in processing and a computing methodology. This was essential to deal with exponential use of Internet of Things (IoT) devices which has led to massive increase in data, thus burdening the cloud system.

Data may be defined as a unit of information represented as quantities, characters or symbols which is used to procure a unique information or parameter. The genesis of insights is data. Thus, data management becomes important especially in this age of analytics. It is noted that data consciousness is directly proportional to the health of the economy of a country. Efficient management of data leads to clarity of numbers which determines the socio-economic parameters in a society, helps in strategic decision making in organizations and streamlining of information amongst many uses.

What is Edge computing and Block chain technology?

Though cloud computing is a solution for large data storage, but it was important to find a one-step solution for management of data that is time driven and generated in remote location away from the centralized location. Thus, emerged the concept of Edge Computing which started in the 1990’s and gained momentum in the 2000’s.

The basic principle in Edge computing involves an edge server positioned between the cloud and the closest possible position of the user. Here the geographic distribution is of preliminary importance, thus saving the data a long travel. Basically, an on-location infrastructure to manage the data is what Edge computing is all about.

The bond of Edge computing and Block chain:

Off late there has been a major inclination towards Internet of Things (IoT) thus generating various forms of data, and a mammoth task of processing the generated data to convert it into a useful medium as desired by the users. The future of data management is believed to be with the Edge computing technology and security is a key aspect for this. This makes Blockchain technology its perfect partner. On the other hand, given the large processing power involved in the Blockchain technology, the Edge computing is a great ally, thus making their relationship symbiotic. The amalgamation of Blockchain and Edge computing is very important. 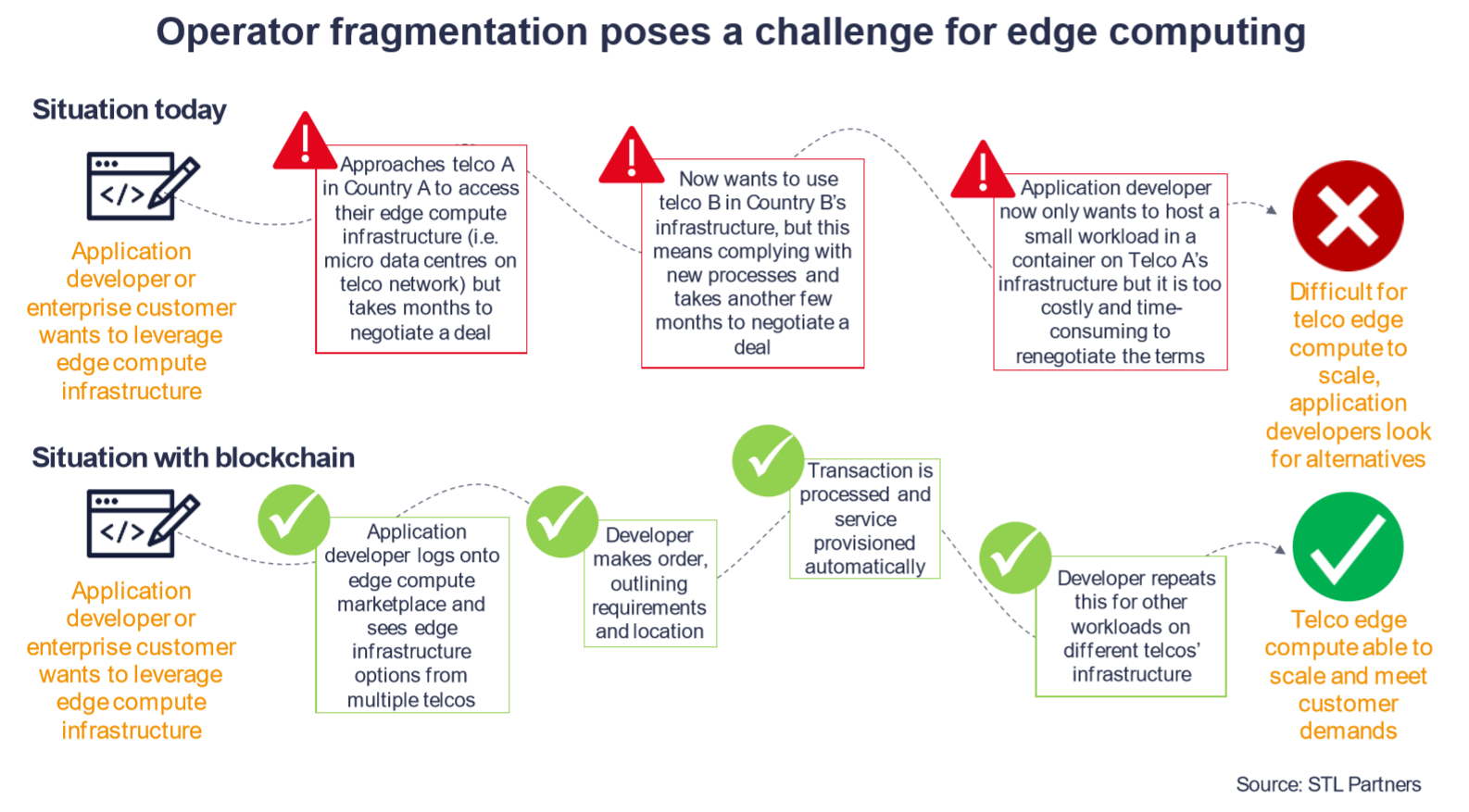 Block chain as a Trust chain for Edge computing

IP is very important ranging from Biotechnology to Cryptocurrency (off spring of Blockchain). It becomes important to take into consideration the patent data as it determines the future. Digital innovation has changed not only the perception of businesses but also has improved their performance. Innovation takes the technological applications to a next level and shoots up the economy. Hence it becomes an important step to protect the innovations.

It has been observed that the Blockchain innovations has attracted individual inventors whereas Edge computing has been the pet of big companies like CISCO, IBM, Microsoft, Horizon and Intel. The rapid increase in filing of patent applications related to IoT defines a healthy growth and strong economics involved in the technology.

Data and Blockchain technology are being called as 4th Industrial revolution. Edge computing is being widely used in traffic management, smart street lights, semi -autonomous vehicles to name a few With devices ranging from PC, tablets, set-top boxes, television to wearable computers, it can be said that the day to day life of humans is governed largely by the internet. Edge computing and blockchain are seeding digital innovation. It is very important to educate people about the importance of distributed ledger with Edge computing. It is also important for tech giants to have responsible data dissemination and not take the data security for granted. A healthy technological competition amongst the countries can lead to a secure and economically stable global scenario.