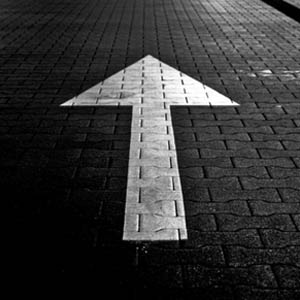 “MILES TO GO” After Patent grant

A patent grant is not an end in itself. To well reap the benefits of the patent grant, a patentee must ensure the following:

a. Payment of patent annuities:

A Patent is kept in force by payment of a renewal fee every year. The first payment falls due before the expiration of the second year from the date of the patent (the date of filing of the patent application) in respect of the third year and so on for every succeeding year.

The renewal fee that falls due during the period of patent prosecution may be paid collectively after the patent grant within three months from the date of recording of the patent in the Register.

Advance payment of annuities for two or more years is possible. An extension of the period for payment of the renewal fee can be requested for up to six months.

If the annuity is not paid within the prescribed period, the patent ceases to have an effect and within 18 months from the date on which the patent ceased to have an effect, an application for patent restoration should be submitted. If the Controller is satisfied that the failure to pay the annuity was unintentional and that there had been no undue delay in making the application for restoration of patent, he shall publish the application.

If there is no opposition or in case there is an opposition and the Controller decides in favor of the applicant, then within a month from the date of the order of the Controller allowing the application for restoration, the unpaid annuity, and any additional fee should be paid and the lapsed patent shall be restored.

b. Filing of statement on working of patents:

The Patents Act, 1970 lays down general principles applicable to the working of patented inventions that aim to balance public benefit with the patentee’s interests. If “a patented invention is not worked in the territory of India” it can serve as a basis for the grant of compulsory licenses.

A verified statement on the working of patented inventions on a commercial scale in India should be furnished by the patentee/licensee for each year within three months of the end of every calendar year in a prescribed form (Form 27) which will be published by the Controller. The statement should include the following information:

It is to be noted that the statement of working of patented invention played a crucial role in the grant of India’s first compulsory license to Natco Pharma for Bayer’s anticancer drug, Nexaver.

c. Recordal of assignments etc. with the patent office:

An application for registration of the title or notice of an interest in the Register of Patents should be submitted to the Controller in Form 16 along with the relevant documents. The name of the person who is entitled to the patent/share of the patent will be registered as the proprietor/co-proprietor respectively along with other necessary particulars.

In the case of licenses, if the patentee or the licensee does not want the terms of the license to be disclosed to anyone, except as directed by a court, necessary steps will be taken by the Controller to ensure the same.

Do check our recent blog – https://prometheusip.com/patents/classification-of-claims/

Write to us at –  https://www.linkedin.com/company/prometheus-patent-services-pvt-ltd