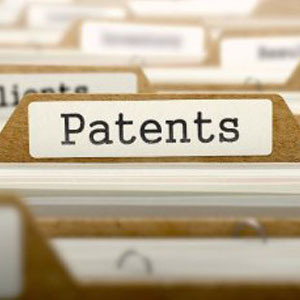 Earlier we had dealt with a broader Classification of Claims. It was largely based on dependency where Independent and dependent claims were dealt with.

Various schools of thought have classified patent claims based on numerous criteria. The subject matter based classification had been introduced to study the ambit of improvisation and innovation through a meticulous analysis of the patent claims.

Claims drafting though a techno-legal document is an art. The drafting involves a lot of cranial activity and is highly subjective. It varies from one invention to another and also depends a lot on the attorneys as to how would they like to furnish the best of the invention. It can be iterated that a good claim frame a strong base for awarding a patent.

The classification of claims differs as per the intellectual tradition followed across the globe. We would be taking up the classification in general and would not be specific to one particular IP school.

A Product, apparatus, or article to manufacture claims: Deals with a device or a system and its active components. The part of the article or an article as in whole which the inventor finds unique, industrially applicable, and non-obvious can be claimed. The product claims could be of a spare part or a chemical component used in the pharmaceutical sector for manufacturing drugs.

As per Section 3(m) of the Indian patents act, 1970 A mere scheme or rule or method of performing mental act or method of playing the game is not an invention.

For example, the method of playing chess or teaching cannot be claimed.

A Product by process claim:

Software application based claims are normally classified as system claims and method claims. These claims are similar to the product by process claims where the software application is claimed along with the method of working. This style is followed as in most of the jurisdictions software “per se” cannot be patented.

It needs to be backed with the hardware application details too. In the United States, a claim to a computer program is referred to as Beauregard’s claim which emphasizes the software being encoded in a computer-readable media.

Markush Claims: It involves a claim written to cover one amongst the many elements which are a possibility in an invention. The alternatives have to be of similar property and should exhibit similar activity. In the case of a chemical compound, the alternatives must evolve from the same mother structure. For example; a collection of chemicals with similar structures. Similarly, a group of sensors in case of an electronic based software application may be utilized while framing a Markush claim.

An example could be, a compound comprising of inert gases selected from a group of helium, neon, argon, and krypton. The Markush claims diminish the requirement of adding up more claims thus reducing the costs.

Some schools do follow claiming things, not as a part of the invention but may be deemed to be related. As a norm, such a practice is not considered healthy for the specification.

The claims for any kind of invention should not be very narrow or very broad. They should be drafted in a way that a person skilled in the art should be able to decipher it. Also, it must be taken care that too much about the invention should not be revealed. Also, too little information about the invention may attract loads of infringement charges. The narrow claims get easily examined and may get patented without any hassles.

But, the chances of post-grant opposition is brighter. On the contrary, the broader claims involve a greater risk of rejection as the revelation with respect to the invention is broader and more. But, if granted a broader claim has less chance of being challenged. Terminologies like “comprising of”, “consisting of”, and “consisting essentially of” must be used judiciously as per the requirement.

Check out our recent blog – https://prometheusip.com/patents/meet-the-meat-of-future/