Since decades, scientists and entrepreneurs have been trying to invent the imitation meat. The demand for meat is inflating and this demand can’t be reached only by using animals. Countless animals are being slaughtered every single day for consumption. Meat production is going to increase globally by 1% this year according to the United States Department of Agriculture- which comprises 612,000 tons.

Harris Ranch, located in west coast of United States, is the largest producer of beef in the world. Americans eat three times as much beef as the world average; that’s roughly 322 quarter-pound burgers per person per year. Each burger requires more than 400 gallons of water to produce. This is not at all a sustainable way to feed the planet with protein; by 2050 we would need twice of the protein that we are producing now.

Many companies are investing millions to make plant-based alternatives that are healthier and better for the environment. The reasons for this imitation meat invention are; to improve human health, positively impacting climate change, addressing global resource constraints and improving animal welfare. The consumption of natural meat has terribly destructive environmental consequences. 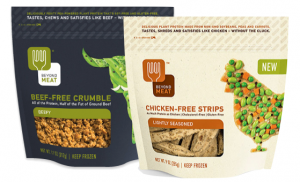 Ethan Brown, founder of one of the leading firms, Beyond Meat, has made this cutting edge as a reality. The investors of Beyond Meat include Microsoft founder Bill Gates, Twitter co-founder Biz Stone, and the venture capital firm behind Google and Amazon, Kleiner Perkins Caufield & Byers. This plant based meat is made from carrot fiber, pea protein, soya meal, etc., which are processed to make beef crumble and chicken strips.

Why is this demand for meat? What does meat consist of? Well, meat is composed of Amino acids, carbohydrates, lipids, minerals and water which are indeed abundant in plant kingdom. The process, thus, includes extracting these compounds from the plants and assembling them in architecture that builds up to form the plant muscle. Being processed from plants, the end product’s flavor and chew are critical and important; the same is with the texture too.

This texture is produced by heating, cooling and pressurizing the naturally found proteins in the plants. This meat looks smells and cooks like meat but is entirely plant-based. Beyond Meat uses a measurement device called Gas Chromatograph which measures the taste of beef/meat. This, truly, measures the different compounds that make up the compilation of flavor.

Impossible Foods is another company which produces meat and dairy products from plants. Their burger is made from simple, all-natural ingredients such as wheat, coconut oil, and potatoes.  Impossible Burger CEO Patrick Brown says that what actually makes their burger unlike others is the ingredient, Heme, an iron-containing molecule in blood, carries oxygen and it is this element that gives the meat its characteristic color and taste.

This molecule is also found in plants and they have discovered a way to produce it from plants using fermentation, but various other firms have said that, this procedure would be expensive and time consuming. On other hand, yeast was used for this purpose by taking the soya bean that encodes the heme molecule and transferring it to yeast. 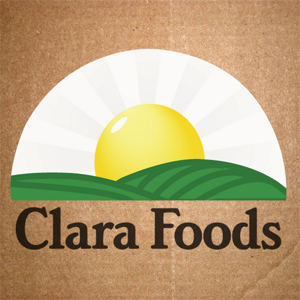 In addition to meat, some companies have developed alternative to Egg. Arturo Elizondo, CEO of Clara Foods, a San Francisco-based cellular agriculture company, calls his company as the future of eggs. They have created the world’s first animal-free egg whites. The Egg whites have incredibly become popular in the last few years, and eventually, their price has increased in the last three years with $3 billion markets just in the USA. Egg whites have become a staple at almost every fast-food chain and have become a major supplement of protein.

Egg whites constitute of 90% water and 10% protein; virtually no fats, no cholesterol and no carbohydrates. These 10% protein content is represented as few proteins. After much research and prototyping with these proteins, Clara Foods have discovered that, with a selected number of proteins one can create an egg white that can cook, look and taste like any other egg white and that has abilities to use less sugar, more foam to make extra fluffy. They have the same usage similar to the hen laid eggs; they are used as foaming agent by bakers, binding agent as food manufacturers and for making tasty omelets at home.

Clara Food has experimented to produce a genetically identical, lab-grown egg white liquid using a proprietary batch of manipulated yeast. This could significantly cut down the cost and time spent raising the chickens, procuring eggs and then separating the egg whites. The Yeast is reprogrammed to produce egg white proteins by inserting the genes for egg white proteins into the yeast cells.

Egg whites produced from yeast have more benefits than the eggs laid by hens. Firstly, since there are no animals involved in the process, there is no opportunity for contamination by bacteria like Salmonella and E. coli. Secondly, it is easier to maintain a stable supply of egg whites as it is produced from yeast and lastly, the only organism involved here is yeast, it has a property to double every couple of hours, rather than a chicken which needs a minimum of 6months time before it could lay eggs.

Another startup, Hampton Creek, a San Francisco based company has found huge success with their plant-based products which use plant proteins in place of eggs. Hampton Creek uses plant protein over eggs while, Clara Foods concentrates on liquid alternatives in lab using genetically modified yeast.

With so many startups having cracked the code for imitation meat, it doesn’t take much long for the whole world to go Vegan and save the earth from destruction.

Do check our recent blog – https://prometheusip.com/patents/blockchain-a-better-step-to-future/