Blockchain: A better step to future

Over more than three decades of Internet development, it has brought an impact across the man-kind and has become the mode of communication. It is an empowering tool with more potential than any other human civilization has ever developed. The web is remaking our world and our lives. It has brought the beginning of a new era called, VIRTUAL REVOLUTION. 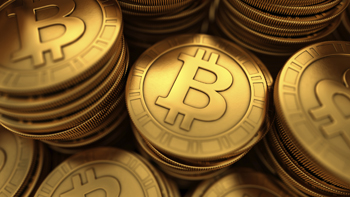 Technology to have its greatest impact on the next decades has arrived.  It is neither robotics, Artificial intelligence nor social media…. It is the underlying technology of digital currency called, Blockchain. It is an encrypted, distributed database shared across multiple computers.

This is the next generation of the internet promising a high level of transparency. Blockchain is known as the backbone technology of BITCOIN. Here raises the question, what is Bitcoin? Bitcoin is a form of digital currency and is one of the forms of cryptocurrency. This digital currency can be used to buy things electronically and the most important characteristic about this is- it is decentralized, which means that it is not controlled by a single institution. Bitcoin is created digitally and is mined using computer technology.

Coming back to Blockchain Technology, how does Blockchain technology exactly work? Is it complicated? Well, it can be well explained with an example, if a person is sharing a Pdf attachment, he is actually sending a copy of it but not the original, which is really OK; but when it comes to money transaction, assets, contracts, Intellectual property, music, art, etc., sending a copy is actually a bad idea and is not safe at many times. Today we depend entirely on big intermediaries and middlemen for all our works, as in the case of financial intermediaries- Banks, insurance companies, Investment banks, etc.

These intermediaries, in fact, perform all business transactions from authentication, identification of an individual to record keeping. This is a vast job, which has increasing problems day-by-day and these problems are due to the work being centralized; which means they can be hacked easily, such as, JP Morgan, LinkedIn. A cyber-attack on JP Morgan Chase, a multinational financial services company, affected 76 million households. It has its financial information in its computer systems that include customer’s credit card details and more sensitive data.

The exact mechanism can be put in simpler words- when an individual carries out a transaction; it is posted globally across millions of computers which are controlled by miners, who have massive computing powers. Every 10mins (it’s like a heartbeat of a network), a block gets created for all the transactions from the previous 10 minutes, then these miners get to work over these transactions and solve the problems if any.

The first miner to find the problem and validate it is rewarded in digital currency, and this validated block is linked to the previous block and to the other previous block to create a chain of blocks. So, when someone wants to hack this, they have to hack that particular block and also the preceding blocks, in fact, the whole history of blocks which means millions and millions of computers using a high level of encryption have to be hacked simultaneously.

Have you ever thought about how this Blockchain technology is helpful? What is the purpose of it? Well, in the present day, we have enormous wealth creation with growing social inequality. Blockchain helps in reaching the goal of redistributing wealth across the world. It also ensures transparency & immutability, reliability, faster transactions, lower transaction costs, high-quality data stored, simpler record maintenance.

This Blockchain is not some technology that just provides information but it actually validates that available information. It is a vast, global ledger distributed over millions of computers and available for everyone, where any kind of asset, money to IP, could be stored, moved, transacted, exchanged, and managed without the intermediaries.

An anonymous person named Satoshi Nakamoto developed a protocol for digital cash, which is nothing but the earlier discussed cryptocurrency. This digital cash enables people to establish trust and carry out transactions without powerful intermediaries. This simple creation has set a spark in the virtual community. Though Bitcoin is the asset here, the actual contribution is done by the underlying technology- Blockchain.

Ethereum: It was developed by a Canadian Leader, Vitalik Buterin. It has a functionality featuring the smart contract. It self-executes handles enforcement, management, and performance. It performs peer-to-peer contracts with the help of cryptocurrency. These Smart contracts are applications stored in the blockchain and these applications perform various projects which bring a radical change in society.

Provenance: Provenance, developed by Jessi Baker, Dr. Jutta Steiner, is a real-time data platform that entitles brands to progress towards transparency by tracing the origins and histories of products. With Provenance, one can easily gather and verify the features, keep them connected to physical things, and place them anywhere online.

Ethcore: It is a cutting-edge software solution for industries co-founded by Dr. Gavin Wood, which helps to unlock the full value of decentralized technology.

Other firms that have developed Blockchain technology are Enigma, Consents, IPFS, Colony, SlockIt, Backfeed, and Plex.

Apart from what Blockchain is and also how it works, one should also know which industries would benefit from Blockchain Technology. Due to the usage of high-level encryption, this technology can be used in any industry like Finance, Property, Contracts, Identity, Healthcare, Law, Government, Voting, etc. Considering the Finance industry; when an individual uses his card for payment, a bitstream goes through a dozen computers, and a settlement is provided after few days, but what we need to know here is, how safe is the information you provide?

With the Finance Blockchain, there is no separate payment and settlement, it is just a small change in the global ledger. That’s much Smarter and Secure. It also helps in the quick transfer of balances and overcoming the cost of the post banking crisis. Some of the Finance related companies using Blockchain are Romit, Nasdaq, ChangeCoin Inc., and BTCjam.

Coming to Agriculture, Blockchain plays an important role for both farmers and consumers, by helping the farmers to negotiate better prices and the consumers to know where the products they buy come from. Agriculture-related companies using this technology are Farmshare, Filament, Skuchain, and Provenance.

Next comes the Digital Identity, where the technology helps in maintaining the individual’s record and keeps a track of the tallies of the votes, also one can count the votes themselves and verify that no votes were changed or removed. Similarly, this technology can be used in other industries too like healthcare, for maintaining records which in turn reduces the frauds in healthcare payments.

Apart from this, Blockchain can also be used to ensure compensation for the creators; there are innumerable creators in the world who are not getting fair compensation for their work. For example, Imogen heap, a Grammy-winning singer-cum-songwriter is now putting music on the Blockchain ecosystem with a name called “Mycelia”; it has a small surrounding that protects its Intellectual Property Rights. If one wishes to listen to the song, it would be either free or a few micro-cents into their digital account.

Now, undoubtedly, this song becomes a business; it markets itself, protects the IP Rights as all its IP Rights are specified and also this song will have a payment system to use it further, so all money directly goes to the artist. This awestruck Blockchain Technology is not just for music; it’s for all the creators of various fields including Art, all kinds of inventions.

Well, coming to the Protection of Blockchain technology, there are vast numbers of patents for Blockchain and Bitcoin. A novel application of the blockchain algorithm patents could make a lot of money for whoever first legally claimed to have invented those applications.

A search for Blockchain technology Patent in USPTO shows a hit of 60 and for Bitcoin, it shows a hit of 500 pending patents. Enormous investments are being made in Blockchain application development. Bank of America has filed 15 blockchain patent and another 15 patents to be submitted to USPTO; and JP Morgan, Mastercard, and Western Union have also filed similar claims. Some of the Patents filed include:

Apart from all the above-mentioned Patents, the most inventive patent filers are Craig Wright, the man who claimed to be Bitcoin creator pseudonym Satoshi Nakamoto, who has so far filed 51 patents this year, among which 25 have been filed in June 2016 alone with the UK Intellectual Property Office. Since the bitcoin’s source code itself cannot be patented, it was released seven years ago under an open-source license.

Blockchain, strongly, aims at solving one problem- Create Prosperity & eradicate Social Inequality simultaneously. Technology does not create Prosperity, but People do and here it is- THE BLOCKCHAIN.

Do check our recent blog – https://prometheusip.com/patents/nobel-prize-winning-patents-ernot-exactly/