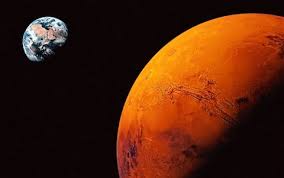 What kind of future does everyone prefer to have- A future confined to one planet or a multi-planet species? Our option for being a multi-planet species is MARS where conditions are slightly similar to Earth. When scientists have confirmed the existence of water on Mars, it raised the possibility of Human life moving to the red planet.

Life on Mars has captured our imagination for many generations and we have wondered what life would be like on Mars. We had been looking for ways to be able to get into space faster, cheaper, and safer.

It was said by NASA that Humans will be living and working on Mars entirely independent of Earth by the 2030s. Many scientists, experts, and some companies are trying to make this colonization a reality. It is not just about how to reach the Red Planet; but understanding it with respect to its weather and available resources and aiming to survive on the Red Planet and making it an independent, self-sufficient planet. 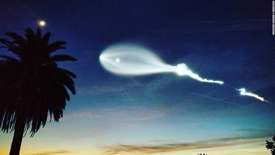 Elon Musk, heading SpaceX, has taken one step ahead. SpaceX had received contracts from NASA to build spacecraft and NASA has awarded SpaceX a $2.6 billion contract to design, manufacture and launch rockets and space crafts. SpaceX has already made one stage reusable rocket which could save costs in the future.

Musk had unveiled SpaceX’s future: the next-generation vehicle called “BFR”. This entire “BFR” rocket system is reusable, with a spaceship capable of holding 100 people. Musk plans to launch rockets without a crew to Mars by 2022 and have humans on board by 2024. 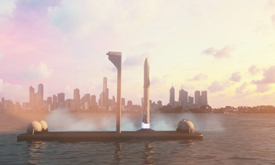 According to Musk, BFR would not only transport cargo and humans to the moon and mars but also travel between cities on Earth with reduced travel time, as little as 29 minutes to fly from London to New York. 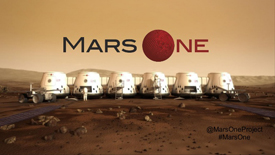 Another company that aims to launch people to space is Mars One– founded by Bas Lansdorp in 2011. The company is based in the Netherlands and its goal is to establish a permanent human settlement on Mars. It is said that Mars One’s missions will be funded by the private sectors.

Mars Direct was first suggested by the Mars Society head, Robert Zubrin. His model is based on the “live-off-the-land” approach- The astronauts will fly to Mars; they will generate oxygen and fuel by extracting feedstock from the Mars atmosphere. They will have little to go on at the start but eventually, the colony would become self-sufficient. In a few years, the settlement would not be surviving on Mars but flourishing.

SpaceX’s work has made humans imagine the future of space travel. Apart from SpaceX, which is doing intensive work in terms of travel to Mars; there are other companies that are challenging the work of SpaceX. 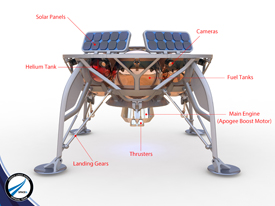 It is an Israeli non-profit organization established in 2011.  SpaceIL is planning to build a small, smart, and relatively cheap spacecraft. This spacecraft is about the size of a dishwasher. SpaceIL has come up with a multifunctional use of every single part of the spacecraft. For example, the propulsion system will be used both for landing and for performing the 500-meter hop.

SpaceIL’s vision is to create a new “Apollo Effect” to inspire the next generation to think differently about science, engineering, technology, and math. 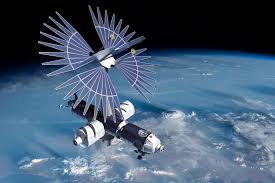 It was found by CEO and President Michael T. Suffredini with an aim of developing the first private version of an ISS, which will become extremely important when the ISS is retired in the next few years. Axiom’s plan is to attach the basis of the new station to the old ISS, making it independent when the original station is decommissioned.

The new Axiom Space station will have vigorous research and manufacturing capabilities; it will utilize the most advanced remote communications and control systems; will include luxurious accommodations and modern user interfaces; will have a capability to support ground-based user hardware. Axiom Space works are scheduled to begin by 2019. 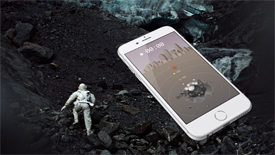 Space Nation is a space media company that provides ways for everyone to participate in the journey to space. Their main project is the Space Nation Astronaut Program which free of charge and accessible to everyone with a smartphone. Space Nation unites people from all over the world to develop themselves and reach for their dreams to travel to space

The trainees go to on-site training in their Astronaut Bootcamp. From the Bootcamp, a selected few are invited to reality competitions. Their plan is to send the winner on a mission to space. The firm has developed a smartphone application that will provide access to materials and training programs that are necessary for the journey to space. 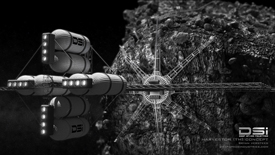 Deep Space Industries, or DSI, is an American privately-held only company that is developing spacecraft technologies that are needed for asteroid mining and is currently selling satellites that use these technologies.

In general, the asteroid’s composition varies from various quantities of chemical and metallic resources from sulfur to gold. DSI is planning to reach the Near-Earth Asteroids before daring to venture further out to the asteroid belt between Mars and Jupiter.

For this purpose, the probes would have to conduct prospecting, then harvest ore and process it, without returning the extracted material to Earth. These initial prospecting missions would begin soon with the launch of small probes like the Prospector-X. 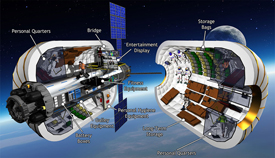 These expandable space stations decrease the amount of transport volume for future space missions and also provide greater volume for living and working. After thorough testing, it is believed that crews traveling to the Moon, Mars, asteroids or other destinations could use them as habitable structures or work areas.

Now, that various companies have announced their goals regarding sending a manned space mission to Mars, several inventions are coming up that will be required to support human and plant life in space. For example,

And in 2013 a U.K. team proposed building a vehicle powered by a radioisotope thermal rocket engine also using CO2 as a propellant, similar to the one the Idaho scientists proposed.

However, the Ukrainian team is the first to create an accurate computer simulation of a Mars Hopper proving the idea is feasible. This Ukrainian device could automatically take samples from the surface of Mars, and as it “hops” around the surface, it scoops up frozen CO2, which is converted into rocket fuel by a radioactive heat source.

Once it has collected enough CO2, the Mars Hopper fires a jet to thrust it off the surface and into the thin Martian atmosphere, where, with the aid of propellers also fueled by CO2 propellant, it can fly and glide to another position to take fresh samples.

As said, the civilization on earth was built on iron and steel until the 20th century, we could do all of that now. Apart from products of iron and steel, complicated products like computer chips would likely have to be imported from Earth.

Besides all the above said, the surface of Mars is covered by large amounts of volcanic salt called Basalt, which is often found along Earth’s own ocean floor. It was suggested that this Martian Basalt could be used as construction material, which could enable astronauts to build launch pads, shelters, etc. This basalt bedrock is covered by fine soil called regolith, which is a heterogeneous material that contains chemical nutrients required for the survival of plant life. NASA scientists have shown that there is some possibility of plant growth by growing them in a soil closely resembling Martian soil. 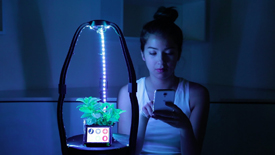 Farming with Artificial Intelligence is another thing to be considered. AstroGro is a self-contained pot for growing plants both in and outside of a spaceship. Rather than create a method to 3D print food, the AstroGro team used existing space 3D printing technology to create small pods that can grow fresh organic food in space.

Each pod is controlled by artificial intelligence that anticipates the needs of the crops and adjusts based on those requirements. Since the pods are 3D printable, the pods are completely replaceable if one is damaged.

The entire system can be linked together and is controlled by a network of sensors that will monitor and optimize the growth of the plants. It also monitors the plants’ absorption of water using the radiofrequency of water molecules. The amount of water in each plant will be used to calculate how much water and light it needs to continue being healthy.

Mark Blenner, an assistant professor at Clemson University, and his team are attempting to prove that urine and waste could be recycled to produce food supplements. The team was awarded a $200,000 yearly grant by NASA to engineer a strain of yeast capable of growing from human waste products. The yeast, thus, produced would be a much-needed food for lengthy missions and also be used to produce omega-3 fatty acids.

With numerous inventions coming up by various firms and individuals, incredibly, SpaceX and NASA are the ones that are way different from others when it comes to Patents. Elon Musk, the founder of SpaceX, has announced that “SpaceX has no Patents”. According to him, it’s a good thing if somebody takes his technology and comes up with an invention that does better and faster than what Elon does.

Another is NASA, which has made 56 of its Patents open to the public, and by making these technologies available in the public domain; they say that they are helping nurture a new era of entrepreneurship; encouraging entrepreneurs to explore new ways to commercialize NASA technologies.

Apart from the inventions and excitement to be on Mars, one should also remember the dangers and health concerns on Mars. The Human Martian colonists returning to Earth could be infected with alien diseases and other organisms. Specifically, the radiation exposure during the 6-month transit to Mars, and another 6 months way back, may severely sicken all those on board. There are chances that the first human colonists will arrive on Mars with significant health problems.

Fortunately, as the gravity of Mass is almost three times less than Earth, all colonists may be able to adapt quite rapidly and perform all that is required to establish a self-sustaining colony.

If a human is born on Mars, what predictions could be made? Infants born on Mars may evolve new abilities or physical capabilities that will enable them to survive, breed, and produce the next stage in human-Martian evolution.

It is well known that environmental influences in life affect intelligence, learning, memory, vision, language, social-emotional functioning, and the development, size, functioning, and interconnections of neurons and the brain. As the environment acts on gene selection in parents and offspring, human evolution will be affected as compared to humans of Earth.

Hence, if a child is conceived and born on Mars, we can predict at least three possible outcomes:

1) The child may suffer from mild to gross genetic, physical, and intellectual abnormalities.
2) The child will be completely healthy and no different from a child born on Earth.
3) All infants die within days, weeks, and months after birth.

Well, the mission to Mars might include many incredible discoveries and adventures. It would be quite fun to be on Mars with endless experiences the new planet would give.

The Martian civilization will become rich and will benefit Earth showing it as an example of what humans can do with their creative innovations.