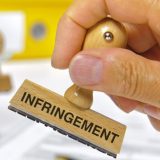 A patent entitles the owner with certain exclusive rights and excludes others from making, using, offering for sale, or importing the product in the country of patent protection without the express consent of the Patentee. Sections 104 to section 115 of the IPA, 1970 deals with the suits concerning the infringement of patents.

Broadly infringement may be classified as:

Infringement need not always be intentional. The person infringing a patented product or the process or both is referred to as an infringer. Often times the infringer gets to know about the infringement when a suit is filed against them.

What is not considered an act of infringement?

The Indian patent law [Section 107-A of the IPA, 1970] refers to certain acts that are not considered as an infringement. The sec 107 –A (a) can be considered synonymous with the Bolar provision in the Indian context. It states that “any act of making, constructing, using or selling a patented invention solely for uses reasonable relating to the development and submission of information required under any law for the time being in force, in India, or in a country other than India, that regulates the manufacture, construction, use or sale of any product”. Hence, a patent that is utilized for further research by another party (a person, research organization, etc.) does not amount to infringement.

Further, [Section 107-A (b) of the IPA, 1970] refers to “importation of patented products by any person from a person (who is duly authorized under the law to produce and sell or distribute the product) shall not be considered as an infringement of patent rights” This clause is synonymous to the concept of parallel imports. When a patented product is purchased in a foreign market legally and is resold in the domestic market it is referred to as parallel imports.

If the patented invention is a product then its infringement would be the use of the product only and not the products further obtained by the use of the infringed product. Machines may be considered as an appropriate example for these cases. If the infringed invention is a process, then the act of utilizing the process by adopting it for achieving the desired product or the result is considered as an infringement.

Also if the patent being infringed is a product and the process both, then not just the utilization of the product but also the sale of it is an act of infringement. Reassembling of a patented product also falls in the purview of infringement.

To further understand whether the alleged product or process falls within the scope of infringement the steps or the elements described in each of the claims should be compared. The construction of a claim is to be understood while proving an infringement or ascertaining non-infringement. The scope, field of invention, and reference to prior art should be taken into consideration while comprehending the claim construction. It is to be taken utmost care that the claims are not anticipated by the prior art.

As per Section 107-A (b) of the IPA, 1970, a suit for Patent Infringement cannot be instituted in any court inferior to a district court having jurisdiction to try the suit. The burden of proof for proving an infringement lies with the plaintiff as the alleged product or process falling within the scope of patent claims is corresponding to trespass.

It becomes the responsibility of the patent holder, who is the plaintiff to prove that the defendant, who is the alleged infringer, has infringed the elements of the patent. Intangible property’s evaluation in terms of theft, regulation, ownership violations is difficult. The only way to deal with it is effective regulatory mechanisms and bodies to ensure the right implementation of the rules.

Do check our recent blog on Patent Regime – https://prometheusip.com/patents/patent-regime-in-india-a-contemporary-insight/

Write to us at – https://www.linkedin.com/company/prometheus-patent-services-pvt-ltd?originalSubdomain=in