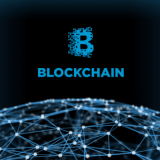 Block chain technology and the Crypto currency or the magic money is considered as a modern day industrial revolution post the loom, the assembly line, and the internet. Off late, the forces driving the economy are a compromise on commitment and serious opponents to decentralization. What matters is the message is received only by that person to whom it was sent to, which is digital trust.

The birth of crypto currency dates back to cryptography which in simple terms is the art of writing or solving codes and was put to use more so for military and spying purposes. Crypto currency’s underlying technology is block chain.

Block chain a distributed ledger in a chain of blocks containing information. The block has a data phase which depends on the type of block chain, a Hash which is synonymous to finger print and is useful in identifying the block. The first block in the chain is the mother block or the genesis block. The second block will have the data of the genesis block and should be similar to the one in mother block. Once a block is created a corresponding hash is created which would be about 25-30 characters in length.

The created hash code is saved to a block chain. The hash code authenticates the data saved and the code literally seals the data as exactly as presented and even a small change in that would generate a different hash code. Block chain allows a peer to peer network (P2P), therefore when a person joins the P2P network then the person obtains a full copy of the block chain. Upon creation of a new block the update and the new chain is communicated to everyone in the P2P. Each node verifies the block to make sure it has not been tampered. Tampered blocks are rejected by other nodes in the network.

An insight into the offspring of block chain, called the Crypto currency: It is a digital asset or a virtual currency which is a medium of exchange that runs on the block chain infrastructure to control the creation of additional units, secure transactions and verify the same. Crypto currency’s birth is one of the very few unaccounted birthdays in modern times.

Satoshi is considered a pioneer in the creation of a successful digital currency system whose baseline was decentralisation. Money when deposited in bank ensures safety, but how secure are our assets and activities related to them is the question. Our transaction history is stored in databases which is safe but not tamper proof. This brings in the concept of crypto currencies.

The mechanism ruling the concept of crypto currencies can be summed up: When a person requests a transaction it is transmitted in the peer to peer network P2P (platform used by the block chain technology) which is a group of computers referred to as nodes and are interconnected. The transaction is authenticated by computer processors which are called as mining. The famed of the crypto currency is the bitcoin. Others catching up with it are the Etherium, Ripple, Litecoin etc. The bitcoin network is believed to hold more than 3.3 billion $ in financial assets.

The concept of proof of work: Technically anybody can be a miner. But, it may so happen that a group of peers may mine and become a party to unauthorized transactions. Thus, it is believed that Satoshi had framed a rule for the miners to create a hash that connects the new block with its predecessor block. The process of mining these transactions involves generation of lot of heat and requires unimaginable units of electricity to authenticate the transaction called the crypto currency.

The factors responsible for the popularity of crypto currency range from a craze to become rich quickly to ensuring authenticated, time stamped transactions to evade frauds or to take the control of money from governments, rulers etc. The limited availability of crypto currency is what is bang on! This is contrary to the autocratic governments where the currency is printed and coins are minted without a check and balance.

Crowd funding involving crypto currency is called an Initial coin offering (ICO). ICO’s are alternatively known as token sales. While performing a transaction a lot of intermediaries like banks, stock exchanges, venture capitalists, to name a few lead to increase in cost and also make the process bureaucratic. Crypto currencies act as capital for start-ups in case of ICO’s. Japan and South Korea do not support ICO’s. There are many more countries thinking on the same lines. The miners or programmers self-fund by raising money on their own by mining and selling their own virtual currency.

The new tokens are custom designed to cater only to that particular programming service built by the programmers. File coin is said to be the largest ICO till date with an estimated $257 million being raised. It is believed to be dealing with global cloud storage network; Similarly BET is another one for online casinos. ICO’s are a craze, as a company can float its own crypto currency thus making its transactions personalised, secure, and giving them an escape from angel investors who have mammoth expectations on encashment.

Tech enthusiasts predict 2018 to be the year of ICO’s. Some techno journals have stated that there have been nearly twenty new crypto currencies which have been born as a result of ICO’s.  Ethereum as a platform is taken as a base for tokens sold at ICO’s and is considered as the next successful member of the crypto family.

Why the crypto concept is not going down well with some?

In the present environment where economies are under the blanket of distrust the concept of crypto currency and block chain looks to be the most acceptable option.

It sounds good too!

Where is the world headed?

Approach of few countries towards the Crypto environment:

Japan undoubtedly holds the top spot when it comes to crypto currency and block chain. The exchange of crypto currency is legal for payment for completion of a debt (it is a legal tender) if they are registered with the Japanese financial services agency. The country is estimated to be the largest market for bitcoin.

It was the first country to adopt a system to be implemented to regulate the trading of crypto currency after its exchanges were subjected to breaches. Japan is known to have issued the closure of business due to digital currency theft and has issued notices to some.

In the United States virtual currency is not a legal tender, but its exchange policy depends from state to state. It holds the second largest volume of bitcoin. Some of its regulatory authorities names as a security, a commodity, or some say its actually not a currency but a property liable to be taxed.

UK considers pound sterling as the only legal tender but its policy with respect to exchanges is legal when registered with the Financial Conduct Authority. The authority believes in regulating money laundering laws and anti-terrorism laws in order to legalise the exchange of crypto currency.

South Korea does not consider Bitcoin as a legal tender. Though the policy on exchanges is legal but, needs to register with South Korea’s Financial Services Commission. Trading of crypto currency through anonymous bank accounts is strictly prohibited.

India too does not consider virtual currency as a legal tender and the policy in exchanges considers is legal. The exchanges as on date are unregulated though the government has been issuing advisory, warnings, and notices.

China is probably the only country which has declared crypto currency as an illegal tender and also its exchange as illegal. Literally the use and application of virtual currency and its technology is a big no!

Crypto valley: An association of block chain and cryptographic technique enthusiasts to build a relevant ecosystem is crypto valley. Located in Switzerland, crypto valley pledges in supporting and connecting start-ups, organising events like block chain hackathon, and to support crypto enthusiasts and many more.

The interesting phenomenon is that, donations can be pledged by mining a cryptocurrency called “Monero” created using the CryptoNote system, which uses a hashing algorithm called “CryptoNight”.

Though the block chain technology got its due through financial services, but its scope has been extended beyond to various areas:

The surging of bitcoin’s value and a rapid decline (in the previous year) has made many enthusiasts feel crypto currency to be an eye wash, or a reality, or the block chain is a reality but the bitcoin is a mirage. Crypto ATM’s have been founded to merge the traditional system with the modern one with the elimination of the banking barrier. Bitcoin was earlier considered as the only and most successful digital currency, off late there have been many participants in the game for the throne.

The owners of virtual currency (of any value) are asset lords as the virtual currency is available in a limited quantity. More decentralised artificial intelligence involved start-ups are in line for adapting the block chain technology. Newer block chains like NEM, QTUM, EOS, or AION are predicted to start for bridging the gap arising out of the existing block chains. A marriage between the old and the new system is on cards which, if successful would lead to a highly sophisticated and much easier digitized world. What is recommended is a healthy comprehension of the crypto habitat and judicious application in the current and spirited scenario.