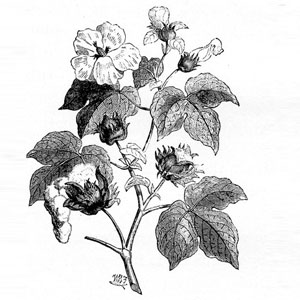 This order is a fallout of the ongoing tussle between MMBL (Mahyco-Monsanto Biotech (India) Pvt. Ltd., a Joint venture between Monsanto and Mahyco) and Nuziveedu Seeds Ltd. over royalty payments in a sub-license agreement for use of Monsanto’s patented technology.

What is this patent about?

Though Bt based agricultural formulations are being used for many decades, the arrival of genetically modified (GM) Bt seeds and crops heralded a new beginning in agriculture because of efficient control of the pests that increased the yield of the crops and at the same time reduced the use of synthetic and harmful chemical pesticides.

Monsanto is a pioneer in the field of Bt crops and seeds and it has introduced genetically modified Bt potato, Bt corn, Bt soybean and Bt cotton crops. Bollgard I and Bollgard II are the two GM Bt cotton technologies that has been introduced by Monsanto in India.

The company website cites that as per its internal estimates, Indian farmers are the fastest adopters of Bt cotton in the world.  Bollgard I GM cotton with a single gene (Cry 1Ac) was introduced in India in 2002 but was never patented in India because it was invented prior to India signing the TRIPS Agreement in 1994. Bollgard II GM cotton with two genes (Cry 1Ac and Cry 2Ab) was introduced in India in 2006. Two different genes with two different modes of action counter a broader spectrum of pests while mitigating the risk of resistance development.

Since Bt cotton was first introduced in India in 2002, there has been a dramatic increase in cotton yield making India one of the top most producers and exporters of cotton. Bt cotton crops have taken the place of traditional cotton varieties and today Bt cotton accounts for more than 95% of the cotton cultivation area in India.

These claims are relevant to this case as the dispute revolves around seeds incorporated with these DNA sequences.

A point to note in here is that the patent is about to expire in November Next year.

In 2004, a licensing agreement was signed with Nuziveedu seeds and its subsidiaries which was then renewed in 2015 with a new agreement.

There are quite a few events relevant to this High court order and only selected ones are listed here:

Nuziveedu and few more Indian seed companies stop royalty payments violating their sub-license agreement with MMBL. Their point of contention was that the royalty fee was high and in spite of their requests to reduce the royalty to that fixed by the state Governments, MMBL had not reduced the royalty. Monsanto files arbitration petitions for recovery of dues (about 400 crores) from the seed companies but did not get any relief.

Monsanto issues notice to Nuziveedu and others terminating the sub-license agreement.

Monsanto files a suit of infringement against Nuziveedu Seeds, Prabhat Agri biotech Ltd. and Pravardhan Seeds Pvt. Ltd. as the Indian seed companies continued to market and sell genetically modified cotton seeds in spite of termination of the sub-license agreement thus infringing the above mentioned patent and the trademarks BOLLGARD I and BOLLGARD II seeking permanent prohibitory injunction against such infringement.

DIPP (Department of Industrial Policy and Promotion) issues show-cause notice to MMBL asking why can’t the patent on Bollgard II technology be revoked in response to a letter from the Ministry of Agriculture. The letter was based on complaints that Bollgard II had developed resistance to Pink bollworm.

Competition Commission of India (CCI) directs Monsanto to not enforce post-termination clauses of the license agreement. The post-termination clauses include provisions such as the destruction of germplasm and parental lines. This order was issued with respect to cases filed before CCI by Farmers’ Unions, Seed companies, Dept. of Agriculture and Cooperation, National Seed Association of India, and State of Telangana.

Ministry of Agriculture issues a set of rather unfair FRAND (fair, reasonable and non-discriminatory) terms for seed companies such as Monsanto only to withdraw the same after pressure from different quarters.

This withdrawal makes it improbable that Monsanto would introduce Bollgard 3 technology (with an extra insect-resistant gene for Vip3A protein along with Cry 1Ac and Cry 2Ab genes) in India.

In Monsanto’s suit for infringement, the Delhi High Court Single Judge order rules the termination of the sub-license agreement to be “illegal and arbitrary” and reinstates the agreement. It further directs Monsanto to bring the royalty rate in accordance with the prevalent local law (as capped by the Central Govt. in Mar 2016). Nuziveedu’s counter claim on patent invalidity was not considered.

A Division bench of Delhi High Court grants a stay on the above order on an appeal by Monsanto.

“plants and animals in whole or any part thereof other than microorganisms but including seeds, varieties and species and essentially biological processes for production or propagation of plants and animals.”

Some of Monsanto’s arguments:

Subject to the other provisions contained in this Act and the conditions specified in section 47, a patent granted under this Act shall confer upon the patentee-

(a) where the subject matter of the patent is a product, the exclusive right to prevent third parties, who do not have his consent, from the act of making, using, offering for sale, selling or importing for those purposes that product in India;

Important Conclusions by the Division Bench

Directions by the Division Bench

Monsanto decides to appeal against the order to the Supreme Court within 30 days with a certificate of appeal granted by the court.

The court’s conclusion that transgenic plants and seeds with the insect-resistant Bt trait produced by hybridization fall under Section 3(j) are immaterial to this case as the dispute is with reference to the patented technology of genetically modified nucleotide sequences (claims 25 to 27). Even if we take into account the court’s conclusion that the term “microorganism” do not include nucleotide sequences, the genetically modified nucleotide sequences are biotechnological products that do not fall under the purview of section 3 (j) and hence cannot be held unpatentable under section 3 (j).

With reference to the court’s conclusion that once a gene is introduced into a plant, its patent rights are lost is untenable since it would not stand the test for infringement i.e. if all the elements of a claim of a disputed patent are present in the accused product or process, then the accused product or process infringes the patent. In this case, all the elements of claim 25 (i.e. the nucleic acid sequence encoding for a fusion protein comprising plastid transit peptide and Bt Cry2Ab δ-endotoxin protein) are present within the seed/ plant (the accused product) and hence it infringes Monsanto’s claim.

It is immaterial if the accused product (seed/plant) has extra features as compared with the patented product (nucleotide sequences). What matters is whether all the elements of the patented product (nucleotide sequences) are present in the accused product (seed/plant). Whether the plants themselves (having that patented gene) fall under section 3 (j) is irrelevant to this argument. Further exhaustion of patent rights does not apply in this case as the unconditional sale was not made.

With the approval from the US Justice Department and EU, the impending $62.5 billion worth acquisition of Monsanto by the German multinational company Bayer is expected sometime in the middle of this year. How would this acquisition impact this face-off between Monsanto and the Seed companies/Government? Will the much bigger and much stronger Monsanto-Bayer conglomerate be able to uphold and enforce its IP rights and rights to fair business and regulatory practices?

Evolution being a dynamic process, the pests evolve in their fight for survival and hence new technologies or adaptation of the present technologies are essential to check the evolving pests. Given the wide area of cultivation and dependence of Indian farmers on Bt cotton, reports of bollworm resistance to Bt cotton and a scenario where Monsanto is unlikely to introduce its next armor of technology in India (such as Bollgard 3) against cotton pests including bollworms, what will be the future cost of this present imbroglio to the cotton farmers if these cotton pests/bollworms develop resistance to Bollgard I and II Bt crops?

Does the government have viable and ready domestic alternatives in hand to face such an exigency? In a country where farmer suicides are regular news and a concern for the common man and the Government, providing a stable and predictable IP system and ensuring fair business and regulatory practices to resolve this issue is the need of the hour.