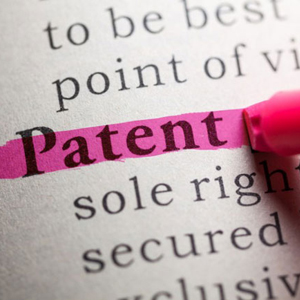 An invention with or without the knowledge of the inventor may be interfering with the already existing invention. There are certain administrative procedures to have a check and balance to prevent the privilege of an inventor being hijacked.

An opposition proceeding can be defined as an administrative procedure under the jurisdiction of the patent and trademark office which allows a third party to challenge a pending patent application as a pre grant opposition or challenge an already granted patent as a post grant opposition.

Opposition proceedings at the outset seem to be an inconvenience for the inventor but have certain advantages as;

The examiner gets to go through various prior art and ensure that no prior art is missed. It also provides an early opportunity for an inventor to protect one’s rights by opposing an identical and infringing work without actually undergoing the cumbersome legal infringement proceedings.

The Opposition also allows space for hearing the applicant and the opponent as they are welcome to put forward respective submissions.

A major disadvantage of opposition proceedings is that it delays the grant process as the proceedings are a time consuming process. This makes the inventor uncomfortable as the patent grant is from the first filing date and is not calculated from the date of grant.

The controller is entitled to consider the pre grant opposition application only upon a request for examination being filed. The statement issued along with the examination report is considered while hearing the pre grant opposition. In case the examiner feels that the arguments put forward are not of any merit for opposing the grant of patent then the opposition is rejected by issuing a speaking order within one month.

On the contrary if the examiner finds the opposition to be in merit then, the applicant is notified along with a copy of the representation. The applicant may reply accompanied by any supporting evidence within three months from the date of the notice.

The Controller shall consider the statement and evidence filed by the applicant and in turn grant or refuse the patent or may suggest amendments in the claims of the complete specification. Based on the proceedings the controller may proceed with either grant or rejecting the patent application. Either will be communicated to the applicant.

The European Patent office and the Indian Patent Office have the post grant procedure but the US patent office has a process called re-examination.

In Indian context, anyone can file an opposition to the granted patent in a format prescribed by the patent office within twelve months of the grant of a patent in duplicate. It is mandatory for the opponent to clearly state the interest with respect to the invention which is prompting for filing an opposition. The provisions for post grant opposition is provided in Section 25(2) of the Patent (Amendment) Act 2005.

The opponent may include any person involved in a research pertaining to the same field as the invention. Also an organization having financial or trading interests with respect to the patented invention may apply.

Post receipt of the opposition application the patentee is notified with immediate effect. The opponent is expected to deliver any statement of evidence with this regard.  Similarly on receipt of the evidence the patentee is allowed to submit any evidence in support of the patent. The prescribed time limit is twelve months from the date of the of the copy of opponent‘s written statement and evidence (if provided). Another chance is provided to the opponent to deliver further evidence opposing the patent within one month of receipt of the support documents from the patentee. Based on the evidence from both the patentee and opponent a date of hearing is fixed up. The hearing is taken up by the opposition board constituted by the controller comprising of three members with one chairman. The examiner may or may not be a member of the board. Based on the evidences from both the parties a recommendation is proposed by the board. A notice for the hearing is given to both the parties at least 10 days prior to the hearing date. A prescribed fee is to be submitted by the party intending a hearing.

The hearing from both the parties in combination with the opposition board’s recommendation decides whether the patent’s grant is accepted or revoked or requisite amendments in the specification may be ordered by the controller.