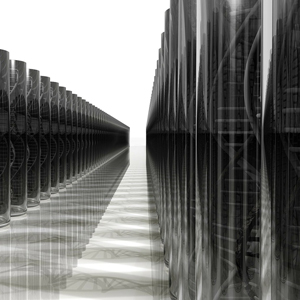 In a scenario where the Indian Government is in a hot seat over its so-called “private assurances” to the US authorities on not issuing any more compulsory licenses, the first-of-its-kind agreement between a Canadian Public Hospital and an American Biotechnology Company allowing “not-for-profit” fair use of gene patents benefitting the public is a welcome news. The March, 2016 agreement between The Children’s Hospital of Eastern Ontario (CHEO) and Transgenomic, Inc. allows Canadian hospitals and Canadian labs to carry out genetic tests covered by gene patents on a non-commercial basis.

A few years ago, when CHEO was about to launch genetic tests for Long QT syndrome (LQTS) – a heart rhythm disorder, a cease and desist letter was issued by the US patentees holding patents for five genes involved in LQTS. CHEO had subsequently challenged the validity and scope of these five patents in a Canadian court in November 2014. In the beginning, the defendants were University of Utah Research Foundation, Genzyme Genetics and Yale University but in 2015 the rights were passed over to Transgenomic, Inc., a Biotechnology Company in US.

LQTS is an inherited/ acquired disorder that manifests itself as fainting episodes, seizures or even sudden deaths in 10-15% of patients. Sometimes sudden death is the first symptom in this condition. The prevalence of LQTS among humans is about 1 in 3000 to 1 in 5000. The condition can be treated and managed, if diagnosed. Genetic tests and other conventional tests go hand in hand for proper diagnosis of this disorder. Currently, mutations in 13 genes are linked with LQTS including the five genes under dispute. Genetic tests for diagnosing/ assessing the risk for LQTS will be incomplete if these five patented genes are left out. Before this agreement, a Canadian patient with LQTS can get the complete genetic test (including all 13 genes) done only from US labs licensed by the patentee. This would cost twice the amount when compared with the cost of carrying out the tests in Canada. This prompted CHEO to take an initiative in this regard. The following table lists out the disputed gene patents.

With advancements in genomics, the use of genetic tests for the diagnosis of disease conditions will be a norm in the future. Like LQTS, multiple genes are involved in many other disease conditions such as cancer and heart diseases. Even if one such gene falls under patent protection, that might leave a critical lacuna in the diagnosis of such disease conditions. Hence, it becomes imperative that diagnosis for that disease be done only in labs licensed by the patentee, which usually involves huge costs. Thus gene patents deny patients access to their own genetic information and also timely diagnosis and treatment.

CHEO believes that patients have a right to know whether they have genetic disorders and that patents should not stand in the way. CHEO’S position is that “patenting human genes is like patenting air or water” and that gene patents will have grave ramifications as it would affect the future of medicine itself that hinges on genomics, especially if the patent claims are too broad.

Countries like US and Australia have set precedents through rulings from their highest courts stating that mere isolation of genes that are found in nature does not make them patentable. But the patent policy of those countries on diagnostic tests using such isolated genes is still being refined through litigation. Though the effort by CHEO to clarify the Canadian policy towards gene patents fell short of its goal, it is a first, but sure step towards this end.