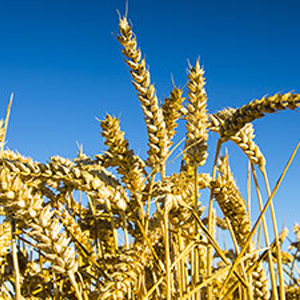 Bacteria of the genus Methylobacterium are, in general, pink-pigmented and are also known as pink-pigmented facultative methylotrophs (PPFM). They utilize reduced one-carbon compounds, such as methanol or methane, as their carbon source. PPFM found on plant leaf surfaces utilize the methanol released by the growing plant cells. Many research studies have established that these bacteria also play a significant role in seed germination and plant development. Partial sequencing of Methylobacterium extorquens has shown that some Methylobacterial ORFs have significant similarity to the ORFs found in Rhizobia and Agrobacteria, the bacteria that have a symbiotic relationship with plants, thus implying probable interaction of methylobacterial proteins with plant cells.

NewLeaf Symbiotics, Inc. has recently acquired a US patent titled, “Microbial fermentation methods and compositions” and numbered 9181541. The invention discloses fermentation products having a mono-culture or co-culture of Methylobacteria. These products have applications in terms of treatment of seeds and plants to promote plant growth and early development. These products can also be used for bioremediation and for production of recombinant proteins or other useful industrial products such as poly-3-hydroxy butyric acid, 1,3-propanediol and oxazopyrroloquinolines.

The patent also claims a biphasic fermentation broth, wherein the particulate solid substances having Methylobacterial cultures are suspended in a liquid phase. The yield of Methylobacteria is found to increase when they are cultured in a biphasic broth rather than in liquid media alone. It is speculated that the rapid growth is due to the adherent growth of the microbial cells on the solid substance. Efficient, large scale production of Methylobacterial culture is possible by using the biphasic fermentation broth.

previous
Will the Modi Government succeed in its attempt to establish the much needed Commercial Courts?
next
Intellectual Property Rights: An Outline
+91 94416 93923
+91 96668 91976
contact@prometheusip.com
www.prometheusip.com