Coffee is the most popular beverage consumed around the world. It was discovered in Ethiopia in the 11th century and spread to the other countries eventually. Though it was high at its popularity in the 19th century, the brewing of coffee was however a very time consuming process. 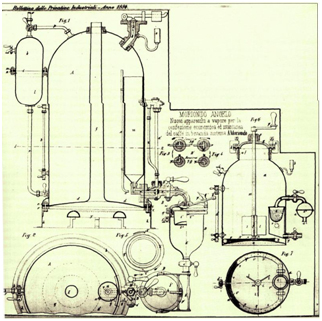 Many people experimented ways to speed up the brewing time, but, ultimately it was Angelo Moriondo from Italy , who invented the espresso coffee machine and patented it in 1884, under the title “New steam machinery for the economic and instantaneous confection of coffee beverage”. His patent was later registered in 1885.

As his invention was never commercialized, it was lost to the history. Later it was improved and developed by Luigi Bezzerra and Desiderio Pavoni. As Bezzerra’s machine was heated on an open flame, it was not possible to produce a proper consistency, and then entered Pavoni who invented the pressure release valve to the existing Bezzerra’s machine. Both worked together to bring the best prototype and patented it in 1903 (US 726793 A) with Bezzerra as inventor and Pavoni as applicant. 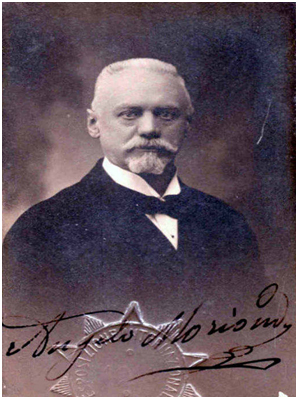 Subsequently, it was Pier Teresio Arduino who had found a method for brewing which did not depend on steam. He was a smart businessman and he could market his espresso machine better than to Pavoni and he was largely responsible for spreading of his espresso machine across Europe.

Eventually it was the man named Achille Gaggia in 1946, who invented and introduced a lever-driven machine to the world. His machine was characterized by producing a layer of foam on the beverage, which led him to name it as “CAFFE CRÈME”. This gave birth to the contemporary espresso. Sooner or later there were many improvements to this contemporary espresso machines. One among them was made by Faema E61 invented by Ernesto Valente in 1961 which used a motor pump instead of the lever piston.

In the recent times, many modernized espresso machines have been developed, one among them is the Jura-9 Ena Micro Coffee Machine. Another with the latest technology is the One Touch automatic machine which produces a wide variety of coffee and that could be placed anywhere and also maintained easily. 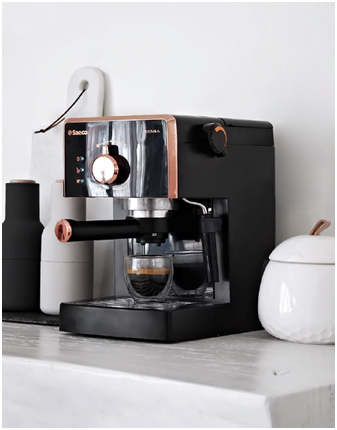 This is a perfect example for the evolution where a small idea as a solution for speeding up the brewing process has brought a huge progression to the world of coffee.

It’s a privilege to know such great inventions from our previous generations who had given a way for piping hot coffee that go into our disposable cups within seconds.