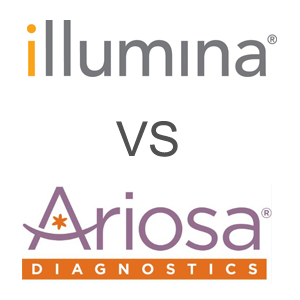 Illumina, an American company announced on 7th January 2016 that it has filed two patent infringements lawsuits against five companies in Europe over their use of noninvasive prenatal tests. In the lawsuit, Illumina claims violation of its intellectual property protections.

Illumina’s profile: The American company was founded in April 1998 by David Walt, Larry Bock, John Stuelpnagel, Anthony Czarnik, and Mark Chee with the headquarters located in San Diego, California. Majorly the company develops, manufactures and markets integrated systems for the analysis of genetic variations and biological functions. The company’s own technologies have led to emergence of various products and services that supply the needs to sequencing, genotyping and gene expression markets. The customers benefited from Illumina’s technologies include various genomic research centers, pharmaceutical companies, academic institutions, clinical research organizations and several biotechnology companies.

The patent infringement: Illumina has filed infringement suit in the UK against the companies, The Doctors Laboratory, TDL Genetics, and Ariosa Diagnostics. The suit claimed that The Doctors Laboratory’s and TDL Genetics’ have employed the Harmony NIPT tests (Non-Invasive Prenatal Testing) supplied by Ariosa, which infringes the Illumina’s European Patent 0994963 entitled ‘Non-Invasive Prenatal Diagnosis’. Furthermore, Illumina alleged that two companies in Poland named Centrum Badan and Medgenetix are employing Premaitha Health’s Iona NIPT test which is in violation of Illumina’s European Patent 2183693 entitled ‘Diagnosing Fetal Chromosomal Aneuploidy Using Genomic Sequencing’. It is stated that both the Illumina’s European Patents use cell-free fetal DNA for NIPT testing. Earlier Illumina had sued Premaitha in March 2015 in the UK over the Iona test and Ariosa in May 2015 in the US over its Harmony NIPT test. The claiming firm further stated that in the case of Ariosa the infringement over its Harmony NIPT test was very “willful and deliberate”. In addition, the firm alleged that its numerous patents have been infringed.

What is NIPT: Employment of Next Generation Sequencing (NGS) for Non-Invasive Prenatal Testing (NIPT). The firm states analyzing cell free DNA also referred to as cfDNA as a non-invasive method for investigation of genetic biomarkers that could identify the extent of disease progression and also screen presence of fetal trisomies during pregnancy. The verifi test of Illumina NGS technology is a prenatal screen that detects fetal aneuploidies through analysis of fetal cfDNA obtained from a single maternal blood draw. This strategy is very valuable for diagnostic laboratories as they can understand the use of NGS for NIPT. The verify workflow strategy includes the steps of isolation and extraction of maternal cfDNA from maternal blood, preparation of libraries for sequencing on the HiSeq system using the TruSeq nano sample preparation kit, sequencing using HiSeq instrument, data analysis through Demultiplex samples, analysis of data for aneuploidy and finally report generation. Verinata an Illumina company possess experience screening numerous fetal cf DNA samples for chromosomal abnormalities. The company has achieved sensitivity of >99.99% and specificity of >99.8% in the detection of trisomy 21.

Earlier it has been stated by Illumina’s Senior Vice President and General Counsel, Charles Dadswell that his company’s suits were meant to “actively defend” its IP rights, and “We will also continue to monitor the NIPT field and file patent suits where appropriate when our patents are infringed.” In the suit earlier this earlier the company further stated that it aims to seek out “damages and injunctive relief”, however it hasn’t specified any demands as yet.