Patents are not all that serious business. Prometheus will bring out a series of articles on freaky patents for our blog readers.

The following is a list of bizarre patents for the fashion freaks:

Who wouldn’t want to look slim the easy way? Use of optical illusions in garments for visual appearance modification or to highlight body parts is the essence of the patent US7107621 titled “Optical illusion wear”. 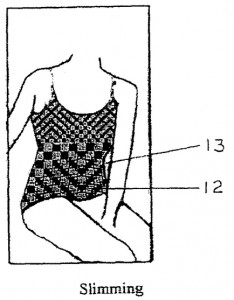 How about wearing contact lenses with hearts and smileys for special occasions!!! Check this patent numbered US5963298 and titled “Contact lens with unnatural graphic designs”. 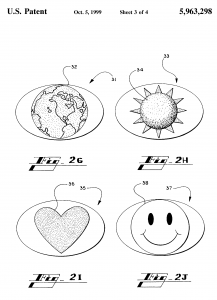 The “Novelty shirt” disclosed in the patent US4999848 has a message that is partly displayed and partly hidden under a flap. Go ahead and get naughty!!! 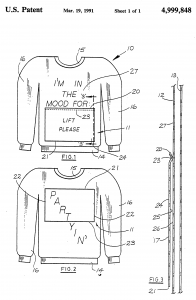 The patent GB2221607 titled “Gloves and mittens” is ideal for couples honeymooning in Alaska. It discloses a conjoined pair of gloves for couples to hold hands even in unforgiving cold weather conditions. And this patent seriously gave me some ideas!!! How about a conjoined sweater with four hands or a conjoined monkey cap??? 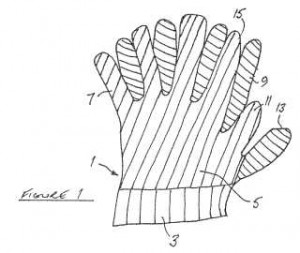 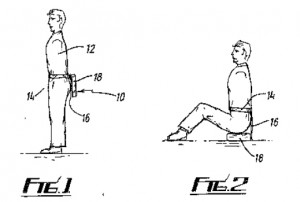 The patent US5713081 titled “Pantyhose garment with spare leg portion” discloses a panty hose with three legs?!?! When one of the hosiery legs gets damaged, the spare leg can be used while the damaged leg can be tucked into a pocket. No more fashion accidents!! 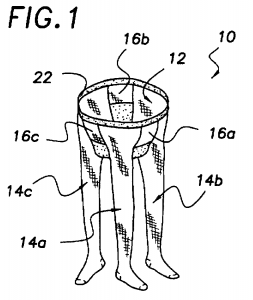 Out on a rainy day?? Attach the clip-on wipers to your eyeglasses to wipe away the rain drops as disclosed in this patent numbered US6640379 and titled “Attachable eyeglass wipers”. Strongly recommended to make a wacky fashion statement!!! 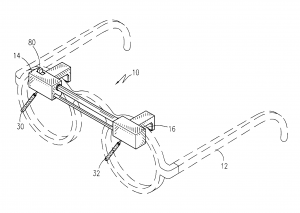 Is it cool to have your eyebrows and nose bridge pierced and studded? How about being supercool with these frameless eyeglasses that can be anchored to eyebrow studs or nose bridge studs. Check this US patent US6557994 titled “Frameless glasses attaching to body piercing studs”. 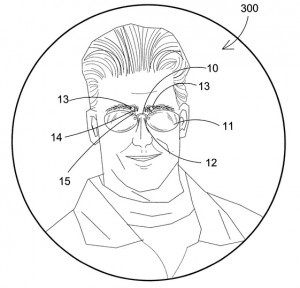 Having offbeat ideas like the patented ideas that are given above?!?! Come to Prometheus to get them patented. One can never say which idea will be commercially successful.