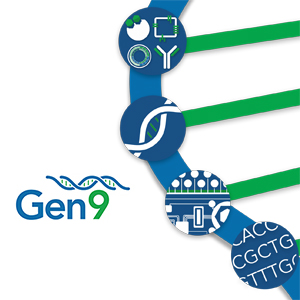 It was on January 7th 2016, that Gen9, an established company involved in DNA synthesis and assembly technology announced the issuance of four innovative U.S. patents in the ending of 2015. The patents are related to gene synthesis and synthetic biology technologies. It is quite understandable that the awarded patents have further added feathers of success to Gen9’s already extensive intellectual property portfolio encompassing more than 100 patents and with many patents pending.

With reference to Gen9:
Gen9 founded by world leaders in synthetic biology is the foremost next-generation gene synthesis company which has emphasizes on high-quality, high-throughput, automated production of DNA constructs. The Gen9 technology enables availability of lowest-cost and highest-quality DNA constructs. Furthermore, Gen9 aims to guarantee the constructive application of synthetic biology in industries involved with enzyme and chemical production, pharmaceuticals and biofuels. The company’s headquarters is based in Cambridge, Massachusetts.

The details of the newly issued U.S patents are as mentioned below:

According to Kevin Munnelly, President and CEO of Gen9 “These new patents reflect our continued commitment to innovation in the high-throughput manufacture of synthetic DNA. Genes are the foundation of discoveries being made by our customers, and we are uniquely positioned to meet their needs, now and in the future,” and he also mentioned that “Additionally, many scientists are engineering proteins for useful purposes, so we see shortening the cycle time for improved protein expression as incredibly important for green chemical production, improved therapeutics and many other critical applications.”