Imagine not having to travel for a meeting anywhere or imagine shopping right from the place you are standing by trying out the products virtually. Isn’t that really exciting? This is the Future.

The future of computing has taken a great leap with a new technology that upends the way we work and communicate. This new technology shows how the world would look like; sitting here in my cabin, I could feel myself at the famous Petra or enjoy watching the beautiful sea waves or even view the most beautiful places of England which is more exciting and a good learning experience. This is exactly what Magic Leap has come up with.

Magic Leap, a US startup company founded in 2010 and headquartered in Southern Florida, is working on a head-mounted retinal display that creates a digital light-filled signal which mimics how the visual part of the world interfaces and talks to our brain. The secret of the technology lies in the making of synthetic digital images that merge with the real world. 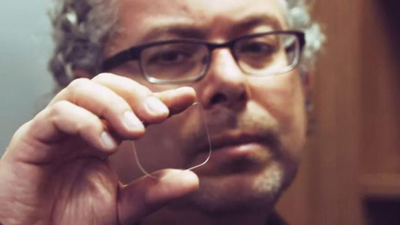 The founder, RONY ABOVITZ, has developed this immersive world called MAGIC LEAP. Abovitz, a biomedical engineer, is a technology entrepreneur, who initially founded Mako Surgical that makes robotic arms with haptic technology. Later in 2013, Mako was sold to a medical technology company, Stryker, for nearly $1.7 billion. By 2010 when Magic Leap has begun, the Oculus and other similar phone-based technologies were already launched, but Rony has deviated from the main path.

Due to his works in Biomedicine, he had realized that through Virtual Reality (VR) is the most advanced technology in the world, humans are an essential part of it. Rony’s technology works on Mixed Reality (MR) where the presence of these illusions is felt not by the screen in the headset but by our own neurology. It is a way of tricking the brain to think that the digital light signals in Magic Leap goggles are as real as the world around us. The basis of Magic Leap is an optical system that creates an illusion where the eyes can focus far for farthings and near for near things, and will converge and diverge accordingly.

How does Magic Leap do this? Well, according to Rony, the Brain is like a graphics processor and they had tried to clone its signal and made a digital version of it. The heart of the technology is the photonics chip in the form of the lens which Magic Leap wouldn’t call a LENS. Magic Leap is not yet ready to disclose how the final goggles will look like.

These goggles are, however, a 3D way for light components, with small structures, to manage the flow of photons which ultimately creates a digital light-filled signal. This is really a complicated technology; even the people building it find it tough to explain what exactly this is and how it is to experience it.

Magic leap is like dreaming with your eyes open. In short, it’s a head-mounted display with the final product fitting into a pair of spectacles. However, these spectacles do not block the view of the world; the hardware projects an image directly onto your retina through an optics system built into a piece of semitransparent glass. Since mixed-reality objects are aware of their environment and have the ability to interact with the real world, this hardware also constantly gathers information, scanning the room for obstacles, listening for voices, tracking eye movements, etc.

The usage of Magic Leap for gaming and entertainment is very much obvious, but Rony Abovitz aims to replace all screens with Magic Leap which conjures a tablet or a television. Magic Leap is all about interacting with the world in a different way. Magic Leap has partnered with Chinese e-commerce company Alibaba to create an augmented reality shopping app. It has been rumored that a movie is being made with Magic Leap- imagine a movie viewing experience with mixed reality; it would be an exciting experience. Disney’s Lucasfilm and its unit have announced an alliance with Magic Leap to create Star wars clip, an augmented-reality startup that has raised nearly $1.4 billion in funding.

Magic Leap’s competition is forbidding; its biggest competitor is Microsoft which has developed an AR headset called Hololens in 2014. Other startups that have developed MR devices are Meta- raised a funding of $73 million and another is Oculus. Despite such heavy competition, Magic Leap has raised funding even before their prototype has made its public entry.

The company has raised nearly $1.4 billion funding, including $794 million this February which includes some of the blue-chip tech investors like, Google, JPMorgan, Fidelity, Alibaba, Venture capital firms such as Andreessen Horowitz and Kleiner Perkins, and also a small amount of backing from Warner Bros. In the last financial year, Magic Leap was valued at $4.5 billion.

This innovation, on the other hand, is considered as disruptive technology; since its aim is to replace all the screens which would, in turn, affect every business that uses screens or computers- sums up to a $120 billion markets for flat-panel displays and $1 trillion global consumer-electronics business.

It would make one put their PC, Laptop, or mobile aside; because all you would need will be a pair of glasses which makes anything appear anywhere. One has to wait for 18months for experiencing this magical innovation.

Mixed Reality is a high-technology display, which cannot be reached either by VR or AR – in VR, you are taken to another place/world and in AR, only a fictional creature is made to appear at your place but in MR, the fictional world is brought to the world that you are already in to. Rony Abovitz has filed nearly 200 Patents at USPTO with include 33 Patents in 2016, 161 in 2015, 4 in 2014, and 2 in 2013. (http://stks.freshpatents.com/Magic-Leap-Inc-nm1.php) OR (http://www.patentsencyclopedia.com/assignee/magic-leap-inc/)

Magic Leap is the best at creating the illusion where virtual objects truly exist. It makes the world your laptop. It could be a form of anything in the world; from education, entertainment, to tourism. In the coming future, one can expect Magic Leap to be used as much as we use smartphones now.

Waiting for a hands-free world- all that requires is a pair of Spectacles.