NFT… the most frequently used term in the news lately; but, what is NFT? How is it different from Bitcoin? 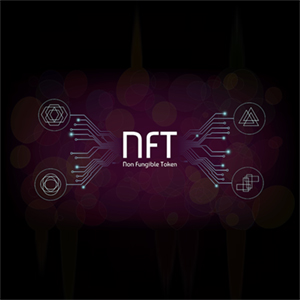 What is NFT?
NFT stands for Non-Fungible Token – a digital token, much similar to Bitcoin or Ethereum, but unlike the Bitcoin Blockchain, an NFT is unique and can’t be exchanged, hence, it is non-fungible. Fungible, itself, means replaceable by another identical item. In short, NFT is a digital asset created on the Blockchain. To understand easily, Digital Asset is something one can’t physically hold. It is invisible. Let me make it a bit clearer… most of us must have bought in-app purchase, so some extra coins in any game, so, well, these are few examples of digital assets. This platform allows the users to buy/sell/trade completely digitally. Well, let us not get into deep technical side of NFT, a fair knowledge about what NFT is? Where and how is it used? And, the idea of NFT on Blockchain?, would be enough. Before, discussing about NFT, one could have an understanding about Blockchain by reading my previous articles where I had discussed about Introduction to Blockchain in my first article – BLOCKCHAIN: A BETTER STEP TO FUTURE; then the usage of this technology in my second article – BLOCKCHAINED CERTIFICATES; and explanation about the convergence of two technologies in my third article – CONVERGENCE: BLOCKCHAIN & AI.

NFT and ART:
NFT is unique for its features as the file stores extra information. NFT can be understood as a “Stock”, except for the difference that, stock consists of 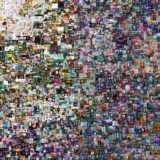 numbers/code, whereas NFT is a kind of stock with numbers/code but also has a visual or audio component attached to it. The types of NFTs are varied, and could be stored digitally. For example, NFTs can be artwork, photographs, movies, animations, poetry, music, 3-D Files, etc. NFT’s are digital certificate for authenticity which cannot be replaced and represents ownership of unique items. Let us discuss in perspective of an artist – An Artist has the ability to create a unique stock with certificate of authenticity and sell/trade the stock on their own. In perspective of consumer, the consumer shall have the ability to buy / invest in that particular “Stock”, i.e. investing either in the artist, or the art piece, or maybe both. So, say there is an artist X, and Y buys an NFT from X, that means Y is buying stock in X because Y believes either that X will continue to create more artwork or X’s artwork will add more value to the stock over time.

Well, one could feel it senseless, especially when you say that, when you could download the artwork on phone and share it ‘n’ number of times, so what difference does this NFT make? Yes, in this way you are only getting the visual component of it, but not the digital “certificate of authenticity. It is this digital authenticity which you are buying/investing. For example, there is a painting/image which has been shared over a million times. In case, that painting/image had been certified as an NFT and one had bought it years ago, then he/she would be the sole owner of that painting/image. Hence, this ownership would mean a worth of hundreds of dollars. Beeple, an artist, has sold his digital artwork for $69.3 million. His painting, called “Everydays- The First 5000 Days”, is a collage of all the images that he had been posting online every day since 2007.

Now, the biggest question is – what about the rights? Well, the artist has all rights to the original piece. The person who owns/invests gets only the rights to sell/trade the piece via the Certificate of Authenticity. The NFT, with reference to artwork, is similar to how Art Galleries work. When one buys a painting from an art gallery, he/she owns that painting that has the artist’s signature on it. He could further sell/trade it but can’t claim the right of the artwork done, in case he/she does claim, they shall be sued. In the same manner, when an NFT is created, digital certificate of authenticity is recorded. So, in future, in case of any court cases, one could check for the creator and not the just the owner.

Well, the best part of this NFT is….read carefully Dear Artists…. Each time the NFT is sold, the creator of that NFT can get a small amount of royalty by making a smart contract. This is something that does not exist is the current physical selling of the art piece, the reason being, the selling/trading cannot be tracked. Whereas, in NFT, the creator, the owner and the buyer, all are logged in, so, hence the royalties can be given. This is not just with an art piece, it could be implemented for a musician or a writer who can create a track or publish a script as an NFT, respectively.

Apart from all the above mentioned excitement about NFT, the only drawback I personally feel, especially about the paintings, is, not having a physical artwork hung to the wall. This could sound myself like having a traditional mindset, but that’s the beauty of the artwork at the end. But, from a perspective of an artist who would want his work to be reached to the whole world and also monetize from it simultaneously, NFT is the best platform.

Types of NFT Platforms:
There are different platforms of NFT, where one could create their work on. They are: OpenSea, Rarible, SuperRare, Foundation, Atomic Market, Myth Market, Bakery Swap, Known Origin, Enjin Marketplace, Portion, etc. 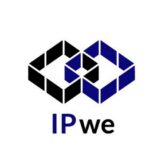 NFT and IPR:
It is possible to obtain a patent for NFTs, provided that the innovation solves a technical problem. Now, the actual question is, what is it that actually solves a technical problem in NFT?! In spite of so many NFT Patent Applications being filed, one sees it difficult to obtain a Patent for an NFT. It is most preferable to tie your NFT Patent Application to a physical invention, which is easier to secure the Patent. Recently, IBM along with IPwe (Paris based company) have teamed up and launched patent-based NFT ecosystem. Patent tokens are issued which allow owners to license, sell and monetize their IP on IPwe Patent Platform. They are expect the NFTs to be commercially available by the end of this year, 2021. These token have patent of NFTs that includes stocks, real estate, music, art, sports, etc. They have expressed that this would benefit a large number of enterprises who have significant IP assets and also new opportunities for individual owners as well as small and medium enterprises.

Another example is NIKE Inc., which has recently obtained a patent ( US10505726B1 ) for which it calls – CRYPTOKICKS. This is a Patent Application for physical shoes that are linked to NFTs. They explain the invention as- When a person buys a pair of shoes, a digital representation of a shoe is generated, linked with the consumer, and assigned a cryptographic token and this represents a Cryptokick- collective representation of the digital shoe and cryptographic token. The CryptoKick would track the digital version of the shoe, the ownership of the physical shoes. And when the same person sells the shoes, the buyer is assured that the shoes are not counterfeits.

A Copyright can, also, be issued for NFTs as it is important to show the difference between creator of the NFT and ownership of the NFT and IP rights therein. Usually, it is difficult for a copyright owner, for example in case of a music album/song, to prevent public performances of the work, as there might be no method of tracking the identity of the person who purchased the work. Copyright for NFT is that the owner has a right to display the art and merchandise only for personal purposes. The use of this as in third-party products/within movies and other media is expressly prohibited.

NFTs have emerged in a very short period of time. They hold a major promise with respect to authenticity, tracking, reliable payment of works, etc. But, as usual, when there is a new technology emerging, there are always questions in order to the adaption of that technology. Similarly, there are many questions raised towards NFTs which will be answered over the time. Ultimately I would say that, as an Artist myself, personally, I still can’t adapt myself to “not hanging a physical painting on the wall”, but from the perspective of a person working in the IPR field, this technology really excites the other part of me.