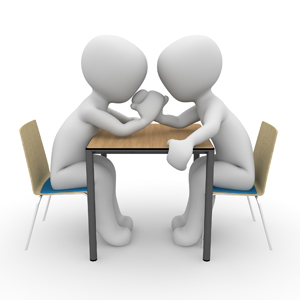 India based Natco Pharma Ltd. and its US partner, Allergan, Plc, on 23 Dec 2015, announced the out-of-court settlement of the ongoing patent litigation in US courts with Celgene, an American biotechnology company, over generic Lenalidomide (Brand name- Revlimid).

Lenalidomide is a second generation immuno-modulatory drug (IMid) that is a derivative of the notorious thalidomide and is used for treating multiple myeloma and certain haematological disorders. The drug was first approved by the US FDA in December 2005 for treating complications related to multiple myeloma and is protected by a broad patent portfolio with the latest patent expiring in 2027.

In July and Aug 2010, Natco and its US Partner had filed Abbreviated New Drug Applications (ANDA) along with paragraph IV certifications with the US Food and Drug Administration (FDA) seeking approval for manufacturing and marketing 5, 10, 15 and 25 mg capsules of generic Lenalidomide. Filing targeted ANDAs with paragraph IV certifications for blockbuster drugs or other niche products is a core business strategy employed by many pharma companies to incur the commercial benefits associated with being the first-to-file and the first-to-market, as provided by the Hatch-Waxman Act.

Under the Hatch-Waxman Act, a pharmaceutical company filing a New Drug Application (NDA) with the US FDA for drug approval should identify the patents associated with the drug. The list of such patents are published in the FDA “Orange Book”. Any other company that proposes to enter the market with a generic version of the branded drug should file an Abbreviated New Drug Application (ANDA) along with a certification stating that there are no patents listed for the drug (Para I certification) OR that the listed patents have expired (Para II certification) OR that the approval shall be granted once the listed patents have expired (Para III certification) OR that the listed patents for the branded drug are at least one of invalid, not infringed and unenforceable (Para IV certification). Filing of Para IV certification is considered an act of infringement and it further requires the generic drug maker to issue a notice to the patentee and the NDA holder. If the patentee/NDA holder does not file an infringement suit within 45 days on one or more of the listed patents, the FDA would approve the ANDA if other requirements are met. If a suit is filed against the ANDA applicant, the FDA withholds ANDA approval for a 30-month period or till the ANDA applicant wins the case, whichever is earlier. If the FDA approves the ANDA, the first filer of para IV certification is given a 180-days market exclusivity period as an incentive for challenging listed patents.

After filing an ANDA for lenolidomide, Natco, in a notification dated Aug 30, 2010, informed Celgene about the filing of ANDA for Lenalidomide along with para IV certification against many of the listed patents. As a counter, in Oct 2010, Celgene filed an infringement suit against Natco and its partners asserting its patents. A second notice dated June 12, 2012 was issued by Natco to Celgene with reference to an additional ANDA with para IV certification for which a separate action for infringement was filed by Celgene. These infringement suits were later consolidated by the court. A third notice dated April 3, 2014 was issued by Natco for another additional ANDA certification covering extra patents. Celgene filed another action for infringement against Natco on May 15 2014 effectively postponing ANDA approval for another 30 month period.

The disputed patents cover the drug lenalidomide including polymorphic forms, pharmaceutical compositions of the drug and its polymorphs and systems and methods of use as well as administration of the drug. A list of the patents-in-suit are given below in Table 1.

In this legal tussle, the patent numbered US 7,465,800 that expires in April 2027 covering a crystalline hemihydrate polymorphic form of lenalidomide is considered to be a key patent. If the scope of the above patent is broad and if Natco has to design another version of lenalidomide which is not a hemihydrate without infringing the above patent, then such a version cannot be considered a true bioequivalent. Hence it was speculated that Natco aimed to narrow down the scope of this patent but without invalidating it so that it can design around this patent and make a bioequivalent generic version and yet keep other competitors at bay. But in the Markman hearing, also called as a claim construction hearing meant to interpret meanings of relevant key words used in a patent claim, that was issued on May 27 2014, the court agreed with Celgene’s broad interpretation of the term “hemihydrate”. It meant that Natco cannot design a generic lenalidomide without infringing the ‘800 patent. Natco then changed its strategy and proposed to amend its invalidity arguments over the listed patents. The court granted-in-part Natco’s motion to amend its invalidity arguments. Celgene’s appeal of that decision was not fruitful and it was denied on July 9, 2015.

It is worth noting that two-thirds of Celgene’s revenue are from Lenolidamide. Celgene’s revenue from Lenolidamide in 2014 was nearly $5 billion and FDA’s approval of Lenolidimide’s new use along with Dexmethasone, as a first-line treatment for multiple myeloma, is expected to rev up its revenue from lenalidomide further to nearly $10 billion in the next five years. With so much at stake for Celgene, experts speculated the settlement of Natco-Celgene dispute even though Celgene’s patent estate for Lenolidamide is stronger.

As expected, an out-of-court settlement has been reached between Celgene and Natco (including Natco’s US partner Allergan, Plc). Now the parties will file consent judgements with the US court that prohibits Natco from marketing generic lenalidomide before the expiration of the patents-in-suit, except as provided for in the settlement. As per the settlement, a license to manufacture and sell an unlimited quantity of the generic drug has been given by Celgene to Natco beginning from Jan 31, 2026. A volume-limited license allowing Natco to sell generic lenalidomide begins on Mar 2022. “The volume limit is expected to be a mid-single-digit percentage of the total Lenalidomide capsules dispensed in the United States during the first full year of entry.  The volume limitation is expected to increase gradually each 12 months until March of 2025, and is not expected to exceed one-third of the total Lenalidomide capsules dispensed in the U.S. in the final year of the volume-limited license under this agreement”.

It is a win-win situation for both the parties where Natco has been given a license by Celgene to enter the US market with its generic lenalidomide well before the patent terms’ expiry and Celgene can have a monopoly over its blockbuster drug at least for another seven years.