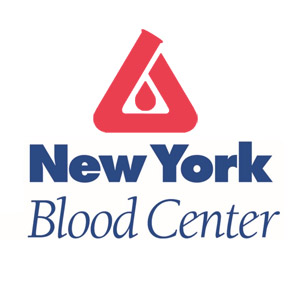 About New York Blood Center: New York Blood Center (NYBC) is one of the nation’s largest non-profit, community-based blood centers. NYBC has been successfully operational in providing blood, transfusion products and services to hospitals helping millions of people in the Northeast and Midwest for more than 50 years. NYBC is also habitat to the National Cord Blood Program, considered as the world’s largest public cord blood bank. The centre provides stem cells for transplant around the world. Furthermore, NYBC presents medical services and programs like Clinical, Transfusion, and Hemophilia Services through specified medical professionals along with counseling services in transfusion medicine.

Two patents were awarded by the US Patent & Trademark Office (USPTO) to Dr. Hillyer and Senior Vice President, Beth Shaz, MD.  The first patent is related to the development of a red blood cell (RBC) product that has been cleansed of pathogens and is packaged in a uniform dose.   The second patent awarded is for an automated blood component preparation system that will allow hands- off separation of the components of whole blood, RBCs, platelets and plasma, into their respective units thus increasing efficiency and maintaining a controlled manufacturing process.

NYBC has been awarded with several other patents including solvent/detergent inactivation of viruses in plasma, the first HIV drug that acts as a fusion inhibitor, fibrin “glue,” and the Hepatitis B vaccine, among many others. NYBC is following a persistent route to create research breakthroughs and maintain its portfolio of patents, including one relating to the prevention and treatment of flu with a “universal” influenza vaccine. Typically, this vaccine aims a particular section of the influenza virus that is present on most types of influenza viruses including Influenza Types A, B and C. The great inventors of this patent are Drs. Shibo Jiang, Lanying Du, Guangyu Zhao, and Yusen Zhou. The president and CEO Christopher D. Hillyer, MD states “Research has been central to the mission of New York Blood Center since its founding more than 50 years ago” and “These new patents provide solid evidence of our continuing leadership in transfusion medicine and cellular therapies.”

A US patent has been awarded to Dr. Sara Lustigman and her colleague, Dr. Angus MacDonald, for an adjuvant which in case of influenza pandemic, can be used to extend the number of vaccinations by 10 times, thus averting scarcity of the vaccine. The active component was isolated from the parasite that causes River Blindness and the disease affects over 33 million people in Africa. In the process, the adjuvant is being studied for use with other vaccines to boost their efficacy.  On a significant note, in 2014, NYBC was awarded the prestigious Prix Galien award for its work in developing HEMACORD®, which is the first FDA-licensed hematopoietic stem cell product in the nation. In the bequest of developing therapeutics spanning the range from small molecules to peptides and other novel compositions to thwart and treat HIV, six US patents have been awarded to two teams of NYBC scientists lead by Dr. Asim Debnath (Drs. Francesca Curelli, Hongtao Zhang, Q. Zhao) and Dr. Shibo Jiang (Drs. Lanying Du, Chungen Pan, Lu Lu, Yusen Zhou, Guangyu Zhao, Zhi Qi).

According to NYBC statement, the centre continues to advance hematology and transfusion medicine, innovating systems and processes to improve and enhance patient care. NYBC researchers utilize technologies to further specifically recognize blood components with respect to increasing patient safety and simplifying blood inventory; improving automation to augment competence; and screen methods that will help in condensing the threat of infection. The pace with which NYBC is progressing, its true to believe that “Today’s progress in transfusion medicine will radically advance effects in the future” as per the note by the centre.