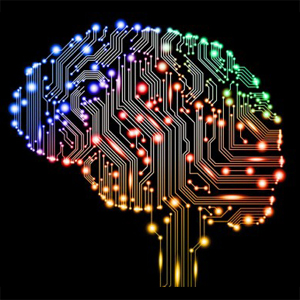 Artificial Intelligence is progressing rapidly. It has the potential to revolutionize human civilization that will impact industries, companies, and how we live our life. For every couple of weeks, there’s an unexpected development that takes people by surprise.

This makes clear that we are near to the start of a new era. Artificial Intelligence is gaining incredible power, more than ever before in human history. AI is driving to a new level and many industries are preparing themselves for the AI boom.

AI is not just a device that performs tasks that the programmer tells them to do; AI enables computers to perform tasks that normally require human intelligence: visual perception, speech recognition, decision-making, and translation between languages. Artificial Intelligence is all about training computer systems to learn, analyze, think, and make decisions like humans at a greater speed.

Many have spoken about the evolution and development of AI and the firms developing them, one among them is that of Elon Musk. Elon’s non-profit startup called OpenAI has achieved a pretty remarkable feat. Every year the game developer, Valve Corporation, hosts a competition for expert players of the game dota2- a popular online multiplayer game. This competition hosts professional players from all around the world fighting for a $24million grand prize.

This year it was a special guest competitor; an AI trained by the engineers of Elon Musk startup OpenAI. And, when this AI was put one-on-one against the world’s best players, the…. AI WON. Dendi, dota2 professional player, was surprised that AI could outplay a human. 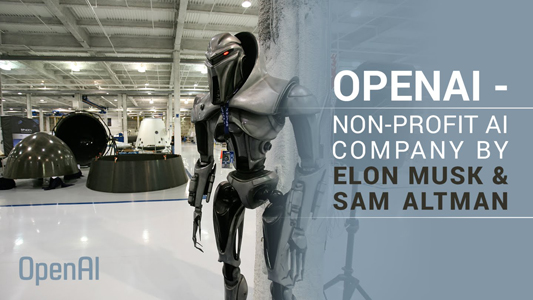 But, the major question is, how on earth can a computer learn to play Dota? This particular feat was achieved with 2 weeks of real-time learning by Artificial Intelligence.

The engineers stated that during testing, the AI accumulated lifetime expertise. The AI was trained from scratch with no knowledge of the game, it played against itself over and over until it had mastered the game.

It first started playing randomly, then it started making small improvements, and eventually, it became a Pro. The organization says it will make all its results public and patents royalty-free. Elon Musk has stated that OpenAI is the first ever to defeat the world’s best player in a competitive e-sport, which is complicated than chess and Goes. Well, some say that OpenAI’s game may be complicated than chess, but, not GO– a 3000 years old Chinese board game continuously played today.

developed to solve the world’s most demanding strategy game — was made by Google’s DeepMind division.

This is a historic moment in computer science and artificial intelligence; so what exactly is Google Deepmind’s AlphaGo, where did it come from and what can the company’s AI actually do?

The victory of a program over a human in the ancient board game has sparked intrigue and in some cases concern; it shows that a machine has approximated human intuition and outsmarted the best human brain in the game. It’s something that scientists hadn’t expected to happen for at least another decade and it’s a giant leap for artificial intelligence showing that machines can learn on their own.

Alphago shows that machines can really learn. It used reinforcement learning and neural network to mimic the learning process of a human brain. Well, this is to remember that the ancient Chinese game has as many possible moves as chess has and as there are atoms in the entire universe, so there is no way calculating just possible moves on the board; that’s practically impossible, and learning to do such a task from scratch is a huge feat. Further to this, the DeepMind creators say that the algorithm can learn to do things without alteration or guidance.

So, what is DeepMind? Google DeepMind is a British Artificial Intelligence company that was found in September 2010. It was later acquired by Google in 2014 for $500 million. DeepMind was first a startup co-founded by Demis Hassabis in 2010. He was a child genius from being a child prodigy and reaching the master level at the age of 13 on to become a lead programmer of Lionhead studios.

DeepMind Technologies’ goal is to solve intelligence. They are trying to achieve this by combining the best techniques from machine learning and system neuroscience to build powerful general-purpose learning algorithms or in other words, they want to formalize intelligence. The endgame is not just to implement this into machines but also to understand the human brain.

AI algorithms are to be used for healthcare and science and improve the speed of breakthroughs by helping human experts achieve more. It is also used for online customer service, healthcare, computer science, news publishing and writing.

By winning over a human competitor, Alphago AI has proved that it will have serious implications for medicine and hostage. Wining such a complex game requires creativity and intuition. So, how will Alphago improve medicine and healthcare? Undoubtedly, AI has unimaginable potential; artificial intelligence will prove to be the next successful area of cooperation between humans and machines.

Artificial Intelligence will redesign healthcare completely and could help medical professionals in designing treatment plans and finding the best-suited methods for every patient. It is said that artificial intelligence systems will generate $6.7 billion in global revenue from healthcare by 2021, compared with $811 million in 2015.

Just like IBM’s Watson, being used for oncology clinics throughout the US has launched a project called WatsonPaths, similarly, Google’s DeepMind Health is also interested in this industry. They recently launched a partnership with the UK’s National Health Service (NHS) to improve the process of delivering care with digital solutions.

Imagine using the intuition and computing power DeepMind combined for analyzing health data & medical records, it would not only be a program doing what it was coded to do but go beyond that making assumptions only which people had been able to. This will open up opportunities we have never seen before in the field of Artificial Intelligence.

WatsonPaths consists of two cognitive computing technologies that can be used by the Artificial Intelligence algorithm, Watson, which are expected to help physicians make more informed and accurate decisions faster, while; Google DeepMind Health is used to mine medical records in order to provide better and faster health services.

Some other firms which have also explored healthcare in the fields of personalized health and personalized medicine, medical imaging, and diagnostics are,

Medical imaging includes every technique and method possible for representing the inner secrets of the body. X-ray, ECG, MRI, ultrasound, tomography is a few of the most commonly known ones. Something that comes to our mind thinking of these procedures is definitely an unfriendly room in a hospital with an even bigger, expensive-looking, and complicated machine.

Also, 60% of the world lacks access to medical imaging exactly because current technologies are unmanageable, expensive, and require extensive training. This is exactly what the following, innovative AI-start-ups want to change.

Though, the concept of giving the driving authority to the machine is initially keeping lives at stake but it is a big step taken with a goal to protect people’s lives. The application of AI to self-driving cars is the living edge of the eye; such kinds of cars are tested to know whether they are really ready to take us anywhere without causing any harm to us. 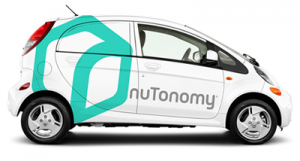 One such firm is NUTONOMY, found by Karl Iagnemna, whose mission is to radically improve the safety, efficiency, and accessibility of transportation in cities worldwide. Karl Iagnemna has filed a Patent Application for “Facilitating vehicle driving and self-driving” with patent Application numbered US 9645577 B1.

According to Karl, firstly, any automated device has to develop a world model so as to understand the world around it and it can make decisions based on the world model. Since it can convert raw sensory data into an integration that allows you to act, this helps it in recognizing various elements on the road like stop signals, pedestrians, lanes, etc. Apart from all these, the main characteristic of it like driving ability, decision making depends on what kind of algorithms were embedded in it; algorithm, here, means a series of instructions.

These are instructed to learn with more and more experiences. They collect an immense amount of data that comes from vision sensors at a high rate; which tells not only about how the world looks like but also about what other road users are doing; their behavior; about the condition of roads, trees, etc. Having safe technology on road is having safe lives every day.

AI is something humans have created that tends to function in a way that we can’t predict. So should that be a concern to worry about? Well, we may be at a critical point in Artificial Intelligence. The future could see deep neural learning and Artificial Intelligence in our smartphones and computers, some even say that a whole new economy has to be started.

Do check our blog on Artificial Intelligence – https://prometheusip.com/latest/ip-and-ai-by-wipo/

Write to us at – https://www.linkedin.com/company/prometheus-patent-services-pvt-ltd/?viewAsMember=true