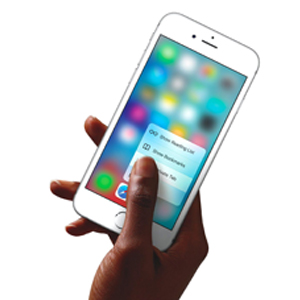 Immersion Corporation, one of the leaders in developing the touch feedback technology filed a patent infringement complaint against Apple. Inc with US International Trade Commission. The complaint briefly spoke of Apple Inc.’s latest gadgets iPhone 6, iPhone 6 Plus, iPhone 6s, iPhone 6s Plus and Apple Watch which have 3D touch technologies being related to the haptic feedback systems, some of whose patents are held by the complainant.

Software based lawsuits or tech patent cases form one of the larger chunks of Intellectual property Rights based litigations. Major players include Apple. Inc, Samsung, Google, Microsoft, Nokia to name a few. The more the company qualifies to be software major more the number of litigations.

Apple. Inc has probably undergone one of the maximum legal battles across various issues like the questionable performance of Siri in comparison to the claims in the advertisement of the company, price fixing issues with respect to its electronic books, trademark issues with respect to the term iPad, battle with FBI over a court order to unlock an iPhone 5c, to social issues like racial discrimination at workplace and last but not the least an aged woman suing apple claiming that the glass exterior wall (without any warning signs) of one of the apple stores broke her nose!

Haptic feedback mainly concentrates on kinesthetic communications (highly accurate communications) where the haptic devices have tactile sensors (stress sensors) which measure the force applied by the user on the device interface. Videogames use this technology widely. Earthshaker! A pinball game released by William electronics had a shaker motor and can be taken as one of the first examples for successful usage of this technology.

Apple had announced the incorporation of “Taptic Engines” in its latest gadgets inside iphone6s and Apple Watch. Apple claimed that by the usage of this mechanism a real time feedback can be obtained with just a gentle tap lasting ten milliseconds! For further popping in the contents one need to go for a full tap lasting fifteen milliseconds!

The Immersion Corporation is company more than a decade and a half old claiming an expertise in haptic feedback systems. Prior to 3-D touch technology Apple had launched force touch technology on the Mac Book available on the track pad and also on Apple watch’s display.

The list of patents cited by Immersion claiming the infringement is;

U.S. Patent No.8773356: “Method and Apparatus for Providing Tactile Sensations” and

Seeking damages against Apple is the preliminary action of Immersion. Further it is also seeking an exclusion order with the U.S. International Trade Commission to prevent the sale of Apple devices using its technology across the country. Further, Immersion has also targeted AT&T (the telecom company that sells Apple devices) for having encouraged the use of infringed goods by others.

Apple. Inc.’s official reply in this regard is awaited.