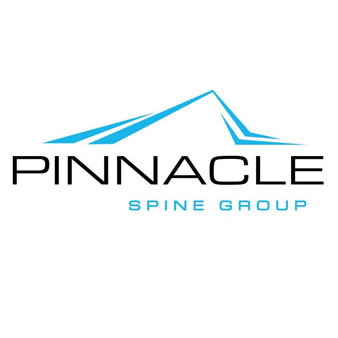 Pinnacle Spine Group received a patent entitled “Intervertebral Implants and Related Tools,” which is third in the series casing the company’s InFill fusion technology on 22nd December 2015. On an introductory note, Pinnacle Spine Group was established with the “goal of developing innovative medical devices, conceived in the operating room, for surgical procedures of the spine”. The spine implants developed by Pinnacle Spine Group are especially designed with exceptional geometries to augment and streamline the surgical approach and at the same time to provide better and positive patient outcomes as well as possessing the ability to securely hold graft material in the larger single chamber.

Some of the salient features of the products developed by Pinnacle Spine Group consist of;

Lumbar – InFill Lateral Interbody Devices – It can be used for both placement in the disc space and in situ delivery of the precise amount of graft material. The presence of distinctive tooth geometry in the larger, single graft chamber helps in securing the graft material, whether it’s delivered in situ or through traditional pre-packing irrespective of mode of delivery.

InFill ALIF Interbody Device – It is designed to maximize wall thickness and graft chamber volume, ensuring optimal contact with the vertebral bodies by both the interbody device and graft material.

Recent Past achievements – On June 12, 2012– Pinnacle Spine Group introduced the InFill® Lateral Lumbar Interbody Fusion System in Dallas, Texas. Subsequent to approximately a year of use in surgical procedures across the Southwest, the implant and instrumentation established a new “best in class” for the patient and the physician.

On November 13, 2012, Pinnacle Spine Group Announced Issuance of US Patent Relating to the InFill® Graft Delivery System in Dallas, Texas.

On May 6, 2014 Pinnacle Spine Group announced the CE (Conformité Européenne) Mark approval for its entire line of InFill Interbody Devices, as well as its patented InFill Graft Delivery System. Pinnacle had also received CE Mark approval for its novel InFill Graft Delivery System, and the initial studies demonstrated that it can place up to 94% more biologic in the middle of the vertebral bodies employing the lateral approach than traditional prepacking of the implant. At that time Zach Sowell, Vice President of Marketing for Pinnacle Spine expressed his views on the expansion of their operations into the European market.

The innovative patent shields systems that promote enhanced spinal fusion regardless of the nature of implant type or methodology. The novel granted patent toughens the previous Pinnacle Spine’s InFill Fusion technology patent coverage as a measure of the company’s larger United States and international filings. The company has strategies to continue working with surgeons and partners to increase the company’s systems and endorse InFill’s family of fusion systems. It is so very interesting to note that Pinnacle Spine already has projects in pipeline proceeding for the upcoming 2016 and Zach Sowell is looking forward to a fruitful period full of growth and success. According to Zach Sowell, “This new patent significantly broadens our overall intellectual property portfolio and, from a commercial standpoint, meaningfully strengthens our patent position in the area of spinal fusion”.