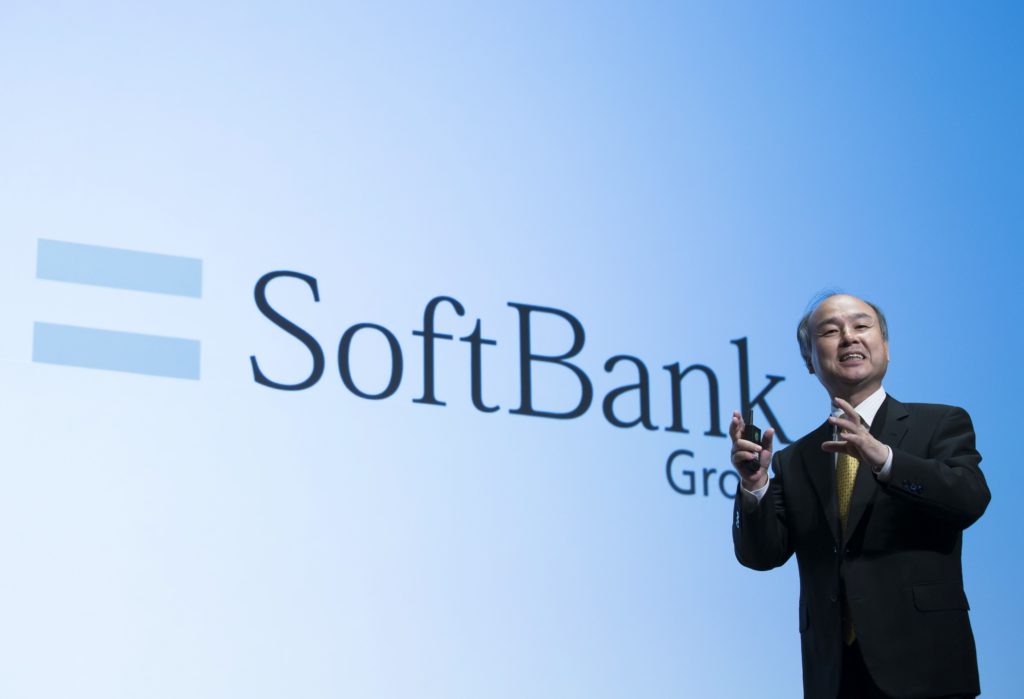 Successful businesses strive to continuously improve their business strategies: to become more efficient as well as productive, and also change according to the current market. Strategy is considered as a road map for the success of a company. It is not necessary that all the strategies planned give fruitful products. Softbank is one such company whose journey and success shall be discussed in this article.

Masayoshi Son was a third-generation Korean with Japanese citizenship. When Son was 16, he had read a book by Fujita Den, President of McDonald’s Company. This book had a great influence on him which made him repeatedly try meeting Fujita Den. Finally when they met, Son was advised to study Computer Science by Fujita.  Son, then, left to San Francisco to enter the American University.

In 1976, while Son was still studying, he had invented an electronic dictionary- The World’s First Electronic Dictionary. He sold this technology to SHARP for ¥120 million.

Son had analyzed about doing successful business. During this process, he examined a wide range from software development to new industries like health care management. After a thorough analysis, he chose something very close to his specialty.

In 1981, Japanese Softbank was established founded by Masayoshi Son. Basically, the computer needed software to run the system, but the software developers don’t have the skills to get into the hardware industry. Son contracted with Joshin Electric- the largest PCT retailer in Japan; and sold Softbank software. Within a month, the company sold more than $2 million.

Son, immediately started his other businesses. In May 1982, he started a monthly computer magazine which was a big loss in the beginning. However, in the 90’s, they monopolized the magazine market. Son promoted a lot of his products in the magazines. This cross promotion was extremely effective. To reflect the increasingly diversified portfolio, SoftBank was renamed as SoftBank Corp in 1990. Over the next 10 years, it became a huge negotiator and cultivated the basic business skills. At this particular time, Son became so famous that he was called as Bill Gates of Japan.

In 90’s, their business began to grow in all aspects. In the magazines section, they acquired a publisher in United States, and took control of many exhibitions including Comdex (biggest computer exhibition during that time).

Even, in hardware, they became the largest shareholder of memory card maker- Kingston; further, they acquired shares of Australian and Japanese media and satellite companies.

SoftBank next big step was getting on the dotcom wave which resulted in SoftBank becoming the largest shareholder of Yahoo. Thus, Yahoo was established in Japan. He wanted to localize the company to increase his chances of success. Yahoo Japan is still the best search engine in Japan.

However, he had faced loses when the dot-com bubble burst.

Masayoshi Son’s personal assets have taken over Bill Gates and had become the best in the world.

But, due to the dot-com bubble burst, SoftBank had a huge loss which resulted in a downfall from $78 Billion to $8 Billion overnight.

Masayoshi Son is someone who could make opportunity out of anything.

SoftBank had next invested in several other companies- 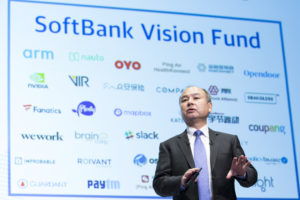 At present, SoftBank has a revenue of $82 billion placing itself in the 72nd position among the world and 07th largest company in Japan. In addition, SoftBank also owns Sprint, whose revenue was $13 billion in 2017 and also owns Boost mobile and Virgin Mobile. Further, SoftBank is also a CPU design company. Masayoshi Son is the owner of ARM- these processors are found in all mobile devices from iPhone to Samsung and Google devices. Till date, 100 billion ARM chips have been sold. For Masayoshi Son, the most attractive thing is getting into robotics. The Boston Dynamics company is also owned by SoftBank. 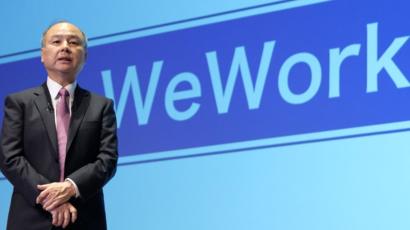 The main strength of SoftBank is its diversity and to incorporate various industries. But… mistakes do happen. SoftBank has seen itself making a blunder of WeWork investment which has cost itself a lot more than $10 billion and clouds of doubt over the entire global technology sector.

When Softbank wanted to invest in DiDi; DiDi did not actually require so much money, but the reply given by Masayoshi was “if u do not take my money, I will invest all the money in your competitor companies”.

When Softbank invests in a company, it tries to hold its position for longtime which shows the investment strategy of Masayoshi. SoftBank’s investment in Alibaba is actually a smart investment where SoftBank had invested $20 million and made $100 billion out of it.

SoftBank invests in company which it believes will transform the future. SoftBank is rich, bold and dedicated but this strategy of SoftBank has also been one of its biggest weaknesses as this kind of business has huge risk of failure. This can be seen especially in its investment towards WeWork where,

Further, it’s huge investment in ARM acquisition for $32 billion and Sprint for $20 billion is now being doubted as it’s a huge investment of $50 billion in 2 companies which will take a long time to recover and none of these have made money for SoftBank till date.

Even after facing such huge losses, Masayoshi is still considered as one of the most brilliant entrepreneurs- as a distributor of iPhones in Japan, investment in Yahoo and Alibaba when both the companies were in their early stages, acquisition of Sprint which is bearing fruits currently, merging with T-mobile,

Apart from all this, it is the timing for any business. Timing is the critical element in the growth and success of the company. One cannot predict economic conditions, but can study the trends and see if they are favorable for the long-term sustenance of their company.