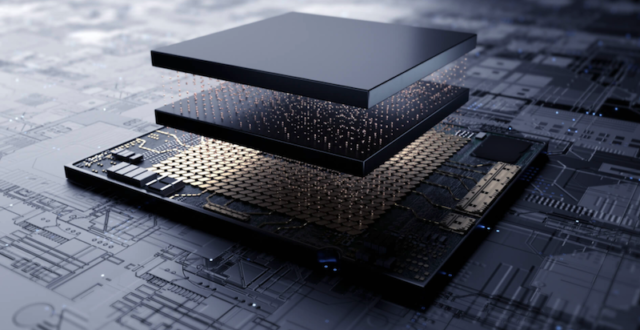 Chips are the tiny parts that are used in every electric device nowadays- from phone to car. There are chips in some devices that are unexpected like- washing machine, electric toothbrush, and refrigerator; but these tiny parts have become a global shortage resulting in big crisis.

What are these chips?
These fingernail-sized chips are the brains of the electronics devices which run the world. These are also called as semiconductors or microchips. Auto industry expected to lose out $110 billion revenue due to chip shortage. Car companies are shutting down production due to lack of vital chips. Ford CEO- Jim Farley said that semiconductor shortage is perhaps the biggest supply shock ever seen. The chip shortage has also affected the mobile industry. The iPhone 12 has come after month’s long delay.

What is Chip Shortage and what caused it?
The chip shortage has not just caused due to the pandemic. Let us look into the exact reason behind it. Earlier semiconductors have been used only for computing, but over the past few decades, they have become an essential component in every electronic device. From kid’s toys, home appliances, cars to light bulbs, weighing machines, doorbells, toilets, etc., even the machines that make these products require chips at every stage of production- designing, planning and manufacturing, sale and shipping require chips. This makes it clear how much our lives rely on semiconductor chips.

When the pandemic hit, industries around the world were disrupted. Though different consumers reacted in different ways, like sale of personal electronic goods raised as people upgraded with
electronic devices for home and offices, but automotive industries saw a drop in sale and companies like Volkswagen and General Motors delayed or cancelled the chip orders due to sale coming down. Meanwhile, Chip manufacturers then shifted their interest from auto industry to other areas. Once the sales increased again, the auto industry has asked to provide backup but the thing is it takes months to ramp up silicone production. The reason being- these operations are delicate operations; even a speck of dust could cause massive problems in manufacturing process of the chip. A simple power outage at chip manufacturing plant will require weeks of careful inspection before initiating the process.

Usually, chip-manufacturing plants are left to run 24/7 so TSMC and others had to keep the plants running. Therefore, when the car manufacturing plants cancelled their orders, it was thought that it would be easy to cancel and then order for back up again. However, during that time, the chip-manufacturing companies had to take up orders from other companies in order to keep the plant running which in turn kept the auto industry waiting for the backup orders. Hence, this led the General Motors and Ford to idle their orders. Like instance- Nissan had been making half a million fewer cars in 2021 due to chip shortage; Subaru is going to cut annual production plan by 48,000 vehicles on chip shortage.

The chip shortage is setting up bitcoin miners against gamers. PC gamer were also running short of the chips but the high pressure was for the high cryptocurrency demand. Chris Roland, Analyst at Susquehana, states that his firm calls the present situation as the danger zone.

Renesas, one of the top automotive chip producers in the world had to halt production and lay off employees and its president stepped down. While for companies like TSMC, Samsung and intel who have committed to large expansions, if they scale up demand, they could correct the semiconductor industry correction if demand isn’t there. Chip Production requires lot of water to clean the wafers that go into many tech devices. TSMC is based in Taiwan and Taiwan is supposed to be one of the rainiest places in the world.

Typhoons are common occurrence but in 2020 no typhoons arrived and Taiwan was hit by the worst drought in last 56 years. In fact one of the most primary water sources for Taiwan’s $100 billion semiconductor industry is 7% full and all-time low. The government has demanded that TSMC reduce their water consumption by 15%. Hence, its not just the pandemic but the pandemic causing people to work from home, getting extra spending money, fires in Japan, Drought in Taiwan, cryptocurrency demand, more complicated cars requiring more silicon per vehicle are the various reasons together that brought the global chip shortage. It is said that it’s the perfect storm that brings the company to knees.

It is probably safe to say that while the road is long, a full recovery can be achieved but the way the companies have rested totally the weight of the global economy on the shoulders of one chip-
manufacturing plant, TSMC, will come under scrutiny in coming months. TSMC is the vital part of the global economy and so is Taiwan. According to BBC, around 90% of microchips are manufactured in Taiwan so it clears shows that there should seriously be a backup plan to overcome such issues. The latest survey says that the global chip shortage could last until 2023 due to the demand remaining high and supply remaining constrained.

How is it possible to resolve this?
The answer is simple- Every company to have self-manufacturing chip plants. Though the answer is simple, it is more complicated as the chip manufacturing is difficult and tougher. It takes years to build all the facilities required for semiconductor fabrication and billions of dollars; and one can lose out if the expertise is a fraction behind the competition. This is the reason why countries face such difficulty in achieving semiconductor self-sufficiency.

Honestly, manufacturing a chip takes more than 3 months and requires giant factories, dust-free rooms, multi-million-dollar machines, molten tin and lasers. A very clean room is the prior requirement. Individual transistors are much smaller than virus, just a speck of dust can cause millions of dollars wasted. Hence, these require rooms that essentially have no dust and to maintain that environment, the air is constantly filtered and entry of only few people is allowed. The real genius heads behind the semiconductor design and development actually work miles away.

In spite of all these precautions, the wafers of silicon can neither be exposed to air nor touched by humans. Robots that run on tracks in the ceiling carry them. Upon spending all the money for building facilities, these factories become outdated in five years of time. In order to avoid making loss, the plants have to make enormous profits. Most of the smartphone processors shipped each year are solely made by TSMC. 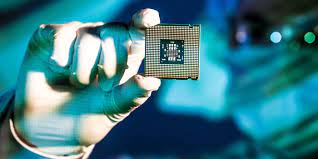 What could we do to end it?
As I had already mentioned that the chip shortage could last until 2023… so what is that we could do to resolve it? As every device needs an upgrade, it would be better for everyone to wait for the upgraded version of any device that is required rather than ordering new devices of the  same version, which would result in delay of the product due to chip shortage. Probably everyone should wait for the companies to come-up with upgraded version, so that there are less number of orders of older version devices. Meanwhile, the chip shortage would reduce and show a balance.