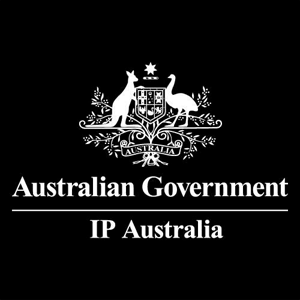 “Can the genes be patented or not has been pondered since the commencement of the Human Genome Project. Numerous questions about whether discovery of a gene is sufficient to claim an invention and whether gene patents promote or asphyxiate research and the clinical use of genomics have been lifted up since then. In a landmark decision in June 2013, the Supreme Court determined that DNA in its natural form cannot be patented”.

The current snippet on BRCA1 gene patent:
The High Court of Australia on 7th October, 2015 collectively invalidated the patent claims of the American biotech firm, Myriad Genetics, Inc. over a gene coding for a BRCA1 protein, which acts as a tumor suppressor. The verdict was in favor of a 69-year-old, Queensland cancer survivor, Yvonne D’Arcy in a milestone judgment against Myriad Genetics, after she lost a federal court challenge. The US medical research firm was awarded the patent for the BRCA1 gene, which is linked to an increased risk of hereditary breast and ovarian cancers after isolating it in the 1990s. Myriad Genetics, which holds the patents and makes tests for the gene, had argued that a patent would encourage further research investment. The patent for the gene held by Myriad Genetics, was licensed for use in Australia by a company called Genetic Technologies, giving the companies a monopoly over tests that could detect it. The US Supreme Court had previously ruled against the patent in 2013. As per the current verdict in Australia the discovery did not count as an invention under patent laws.

The history of Myriad Genetics:
It is stated that universal investigation for a genetic basis for breast and ovarian cancer began in an intense way in 1988. In 1990, at an American Society of Human Genetics Meeting, a team of scientists led by Dr. Mary-Claire King, University of California, Berkeley announced the localization through linkage analysis of a gene associated with increased risk for breast cancer (BRCA1) to the long arm of chromosome 17. In August 1994, Mark Skolnick and researchers at Myriad, along with colleagues at the University of Utah, the U.S National Institutes of Health (NIH), and McGill University sequenced BRCA1. Myriad Genetics’s objective to patent human genes led to passionate controversy based on three scientific grounds. First, because genes occur naturally in every human, and in addition to moral questions raised, patenting them would constitute an obstacle to biomedical research worldwide, secondly, as the discovery of their relevance to breast cancer was funded by the public and third, because the company was selling its breast cancer diagnostic test for a “outrageous” price $4000.

Few of the past controversies:
<> Myriad Genetics served as a defendant in the case – Association for Molecular Pathology v. Myriad Genetics. In the suit, medical associations, doctors, and patients sued Myriad Genetics to challenge seven United States patents on genes related to breast cancer and ovarian cancer. <> Two of the company’s patents on the BRCA1 and BRCA2 genes were ruled invalid on March 29, 2010 by Judge Robert W. Sweet in the U.S. District Court for the Southern District of New York and subsequent to appeal, the Court of Appeals for the Federal Circuit overturned the trial court in an opinion dated July 29, 2011 and stated that the genes were eligible for patents. <> On December 7, 2011, the ACLU filed a petition for a writ of certiorari to the Supreme Court. <> On March 26, 2012, the Supreme Court vacated the Federal Circuit’s judgment and remanded the case for further consideration in light of Mayo Collaborative Services v. Prometheus Laboratories, Inc., in which just six days earlier the Supreme Court had ruled that more restraining rules were mandatory to patent observations about natural phenomena. <> On June 13, 2013, in Association for Molecular Pathology v. Myriad Genetics (No. 12-398), the US Supreme Court unanimously ruled that, “A naturally occurring DNA segment is a product of nature and not patent eligible merely because it has been isolated,” thus invalidating Myriad’s patents on the BRCA1 and BRCA2 genes. Nevertheless, the Court also held that manipulation of a gene to create something not found in nature such as a strand of synthetically-produced complementary DNA (cDNA) could still be eligible for patent protection. <> In February 2013, in a landmark decision, Judge John Nicholas of the Federal Court of Australia was in favor of a Myriad Genetics patent over the BRCA1 gene and quickly an appeal was announced that the case will be heard by the Full Bench of the Federal Court later in 2013.

What is BRCA1?:
The certified name of BRCA1 gene is “breast cancer 1, early onset.” The BRCA1 gene is located on the long (q) arm of chromosome 17 at position 21 and more precisely from base pair 43,044,294 to base pair 43,125,482 on chromosome 17. Functionally, the gene provides instructions for making a protein that acts as a tumor suppressor. Tumor suppressor proteins help prevent cells from growing and dividing too rapidly or in an uncontrolled manner. Previous research suggests the regulatory activity of BRCA1 protein on other genes and its essential role in embryonic development. A person carrying the “faulty” BRCA1 and BRCA2 genes has a greatly increased chance of developing breast cancer and ovarian cancer, and can opt for a preventative surgery including a mastectomy. Researchers have identified more than 1,800 mutations in the BRCA1 gene. Many of these mutations are associated with an increased risk of breast cancer in men and women, as well as several other types of cancer. Conversely, not everyone, who inherits a mutation in the BRCA1 gene will develop cancer as other genetic, environmental, and lifestyle factors also contribute to a person’s cancer risk. A number of the same BRCA1 gene mutations that increase the risk of breast cancer also increase the risk of ovarian cancer. Families with these mutations are often said to be affected by hereditary breast and ovarian cancer syndrome. At least five inherited BRCA1 gene mutations have been found to increase the risk of prostate cancer. Men who carry a BRCA1 gene mutation that increases the risk of prostate cancer may also be at increased risk for other cancers. Inherited mutations in the BRCA1 gene also increase the risk of several other types of cancer, including pancreatic cancer and colon cancer. The National Cancer Institute guesstimates that women with the mutated gene have a 55 percent to 65 percent chance of developing breast cancer as divergent to a 12 percent in women without the harmful mutation and 39 percent chance of developing ovarian cancer as compared with 1.3 percent in women not carrying the mutation.

Statement by High Court of Australia:
“The Court held that, having regard to the relevant factors, an isolated nucleic acid, coding for the BRCA1 protein, with specified variations, is not a manner of manufacture,” and “While the invention claimed might be, in a formal sense, a product of human action, it was the existence of the information stored in the relevant sequences that was an essential element of the invention as claimed.” Rebecca Gilsenan, a lawyer at Maurice Blackburn, the law firm that represented cancer survivor, Yvonne D’Arcy stated “The testing and research on the BRCA1 gene cannot be monopolized in Australia and can be carried out widely and cost-effectively,” and “Myriad did not ‘create, make or alter’ the genetic code. This is what we have argued since the outset.” As per Yvonne D’Arcy “For all those people who do have the genetic footprint for breast cancer or any cancer basically, it’s a win for them because now they’re forewarned”.